Celebs are flocking to Vegas for the VMAs, and Diddy started his partying with some impromptu MCing at PURE at Caesars Palace. The self-proclaimed "Bad Boy for Life" told the party people, "If you like sex -- make some noise!" Surprise, everyone yelled. Diddy knows his audience. 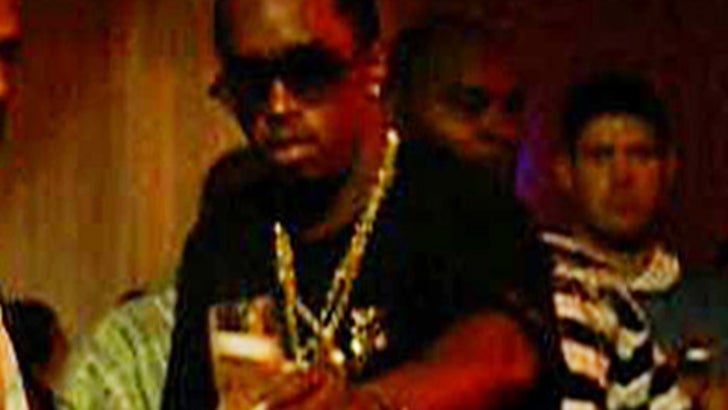 Then the night-time-sunglasses-wearing pretender performer proceeded to hand out glasses of champagne to the people below -- who weren't cool enough to get into the VIP area. Also spotted hanging with Diddy: R&B crooner Ray J -- and his ex, badonkakrazy Kim Kardashian, who was seen shaking her major asset. Was that a quake? Were they together?

Partymeister Brody Jenner and other socialebrities were also gettin' their party on. Diddy proceeded to yell and garble things into the mic. Who cares what you're saying when you're in Vegas anyway?! Who's listening?!