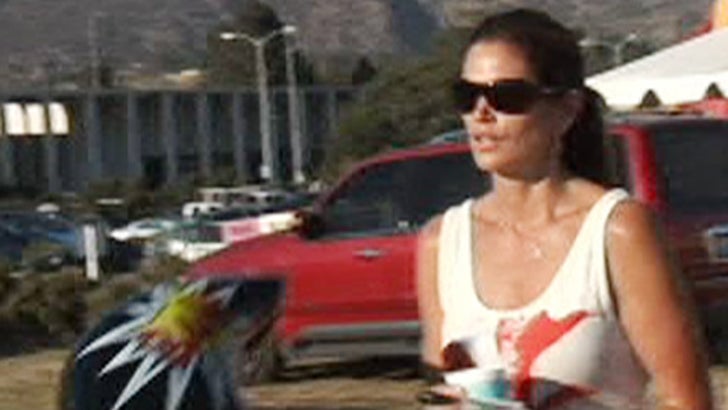 Cindy Crawford hit up the Malibu Carnival -- where one of her kids got crazy with a giant inflatable hammer and smacked her in the face.

Justin Timberlake and Timbaland tore up a Vegas club, with JT asking about the sexual proclivities of the crowd. Try not to blush!

Ron Jeremy's known more than 5,000 women -- in the biblical sense ... and slobbered all over one more as TMZ's cameras rolled. Hold on to your breakfast.