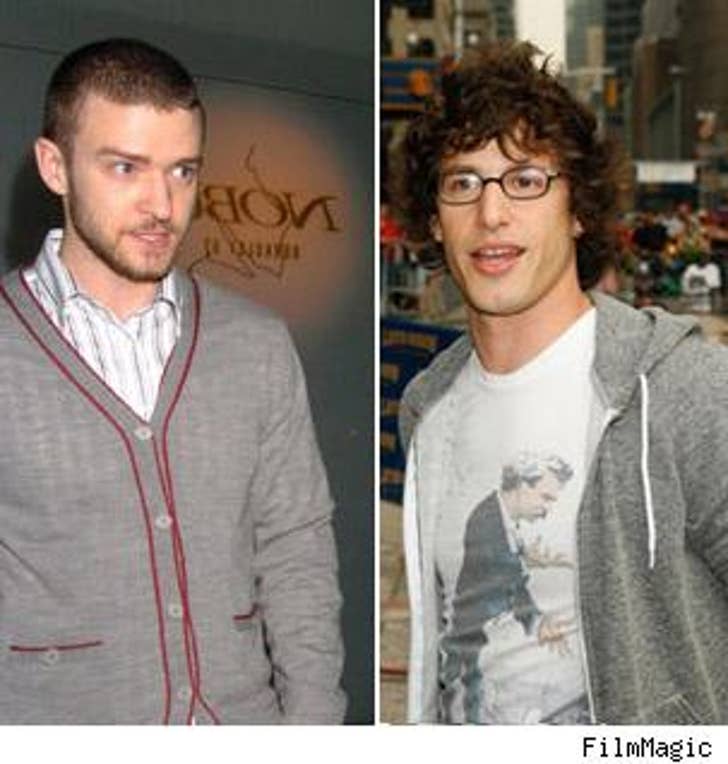 He cut a hole in a box, stuck his junk in it, and now he has an Emmy for it! Last night, frisky Justin Timberlake and "SNL" regular Andy Samberg won a Creative Arts Emmy for their hilarious "SNL" short film, "D**k in a Box," about a very special gift.

In Andy's acceptance speech (Timberlake was busy making girls swoon at a concert in Washington state), he joked, "I think it's safe to say that when we first set out to make this song, we were all thinking 'Emmy!'"

Samberg dedicated the award to a real "up and comer" -- his "D*ck in a Box" creative partner, saying Timberlake's "clearly very talented and could use a break. So, Justin, if you're out there, congrats to you, kid."