Whoever said it pays to be in show business was right! Case in point: Joshua Jackson, aka Charlie Conway, the goal-scoring Mighty Duck has been dating Diane Kruger, the actress who played the hottest woman who ever lived, Helen of "Troy." Quack ... quack ... QUACK! 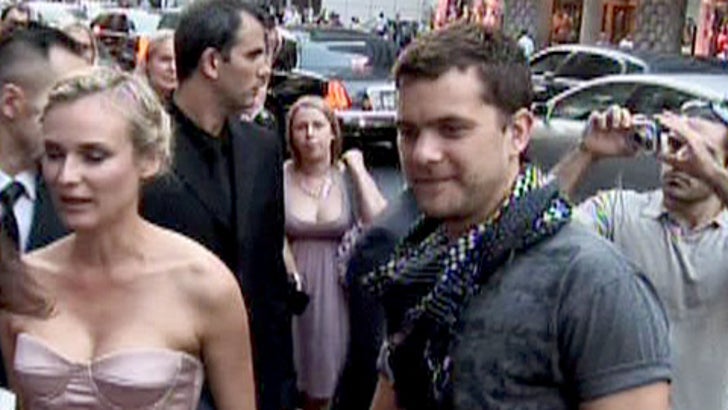 It doesn't matter what movie (or WB show) Joshua was in, he gets to date Diane just because he's been in one, and we have the evidence: the pair showed up to the Roberto Cavalli show