"First Wives Club" star Bette Midler needs to show off her hubby more often! Bette was posing for pics during Fashion Week in NY when her husband decided to join her -- but security had other plans! A guard tried to physically remove Bette's man, Martin von Haselberg -- but Marty wasn't havin' none of that! He told security, "I'm her f**king husband!" You can't blame them, no one knows who the eff he is! 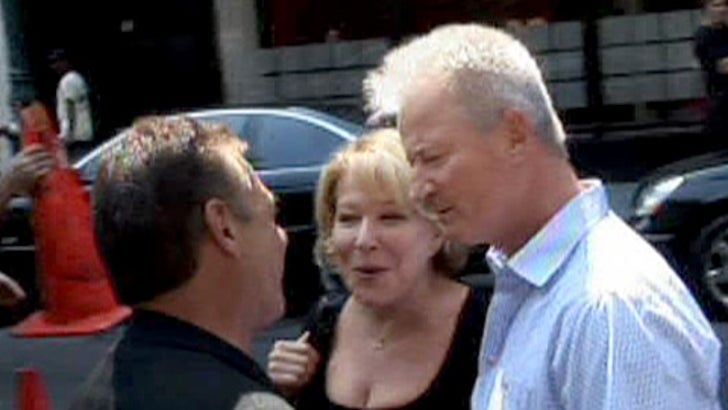 Ms. Midler quickly confirmed that he was indeed her beloved, and security apologized. That's no way to treat the wind beneath her wings!