The non-stop VMA Vegas partying continued last night with Diddy throwing a bash at LAX nightclub at Luxor. An amped Diddy played MC on the microphone as he donned a crown -- this man is so modest! Paris Hilton just stood by the CEO like a trophy wife -- as he went on and on ... and on! Chatty Diddy! 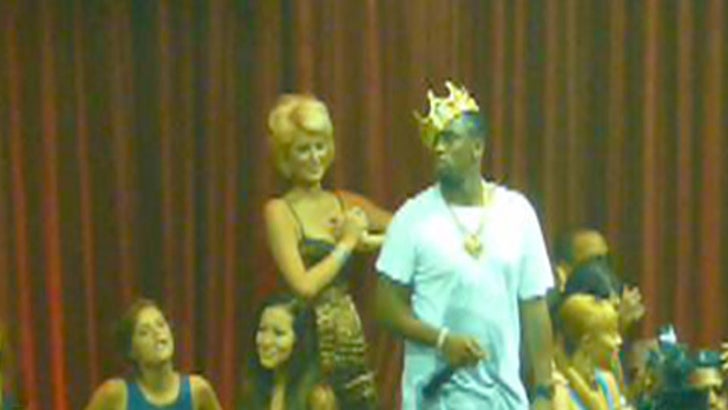 Everyone knows the music mogul loves to hear himself talk, but does he have to torture club goers with his endless jibberjab?!