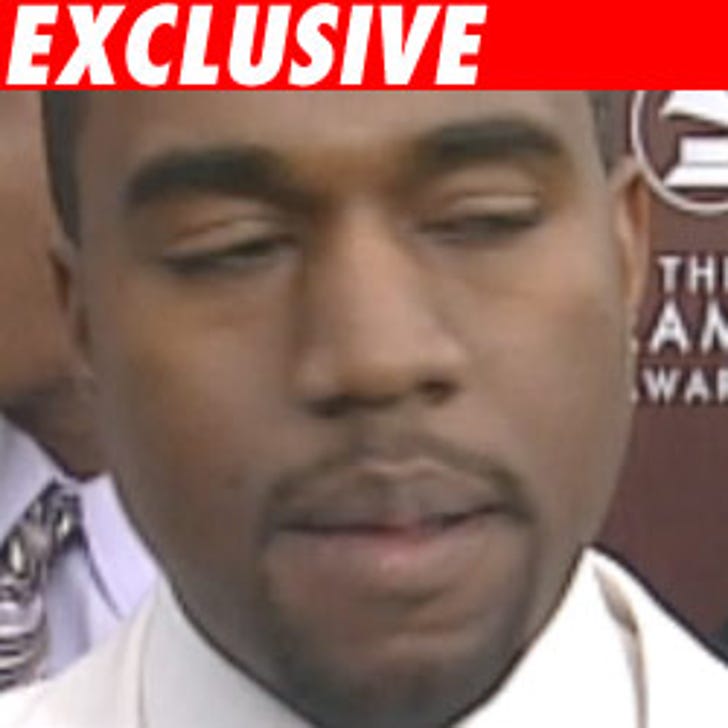 Kanye West has made it clear -- he don't want his MTV. Or does he?

Blaming the music channel for Britney Spears' public meltdown, West put the network on blast, saying, "They exploited her, they played me and I really don't mess with MTV." West was upset because he says he wanted to perform his new single, "Stronger," on the show's main stage, but was relegated to a "suite" performance by the network, even though Justin Timberlake, who also performed in a suite on Sunday's show, ended up "on the big stage" to close the broadcast. Hold up, hater!

A source connected to the awards show tells TMZ that Kanye was offered the main stage, but opted for the suite, claiming he wanted to "feel the excitement and energy" of a smaller venue, rather than people just sitting there at tables. In addition, Kanye's "Stronger" performance was pre-taped Friday night -- to give it a "night" look -- as the actual show went live Sunday night at 6:00 PM, while there was still daylight in Vegas. Our sources say Kanye "loved" his act and expressed that to the MTV execs who were all there. We ain't sayin' he's a golddigger...

For their part, MTV says it "has a long and collaborative relationship with Kanye and we hope and look forward to continuing that meaningful relationship."