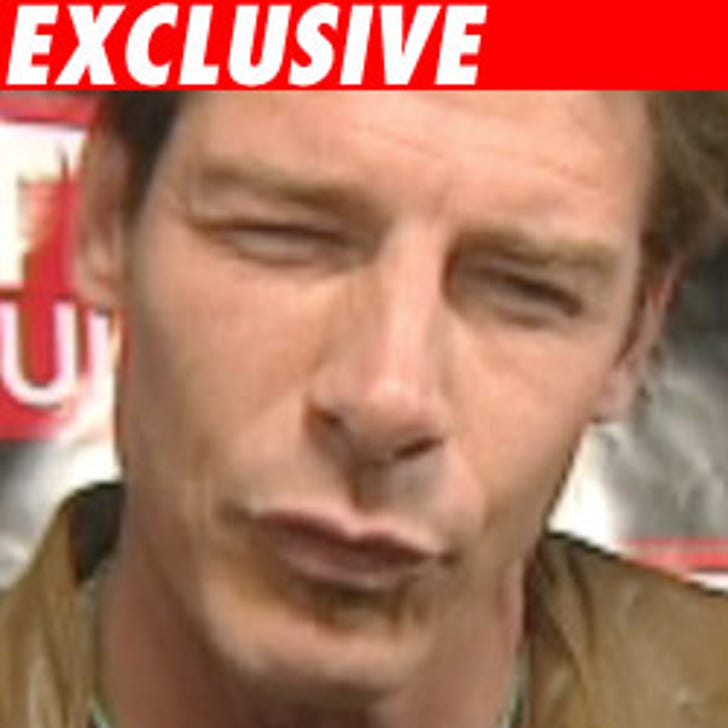 "Extreme Makeover: Home Edition" host Ty Pennington is being sued by a woman who claims that Ty took over her art gallery and fired her. Move that bust!

According to a lawsuit filed yesterday in Los Angeles Superior Court, Melissa Ross claims she opened an art gallery in 2004 called The Jaxon House. Ross alleges that last July, Pennington and his wife/manager, Andrea Bock, approached her about developing a line of furniture to display in the gallery, while still exhibiting traditional art.

Ross alleges that she entered into an agreement with Pennington and Bock, but Pennington was left out of the paperwork for fear it would interfere with his Sears deal -- where Ty has a low-end furniture line. The company, known as Jaxon, launched a line of furniture called ADHD (Art Design Home Decor). Ironically enough, Pennington actually suffers from ADHD (attention-deficit hyperactivity disorder). Go figure!

Shortly after the company was formed, Ross claims that Pennington muscled her out and that "only his designs were to be displayed" at the gallery. Ross is now asking the court for nearly $4,000,000 in damages -- that's a lot of end tables!

Pennington's rep tells TMZ, "Anyone with $320 can file a lawsuit -- even a nuisance suit like this one. This suit has no merit."