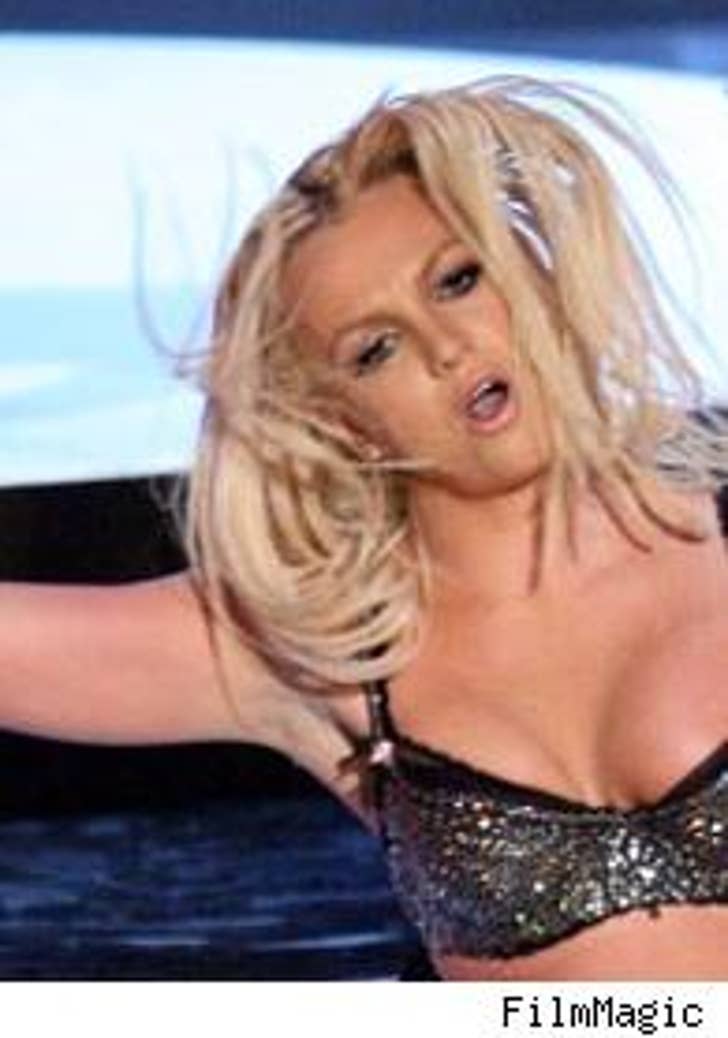 Maybe that's what pushed Britney over the edge: It turns out that the slopwreck was forced to wear hair extensions from Jessica Simpson's line for her VMA disaster, totally against her will.

Vegas Confidential reports that Spears "pitched a fit" backstage when she demanded to wear brown hair, but her handlers wanted her to wear the stringy blonde extensions that she sported on stage. Apparently, Brit paid her own stylist ten grand to make the trip to Vegas so she could take a walk on the brown side, but her peeps said no way.

Papa Joe -- No One Puts Ashlee in a Corner! 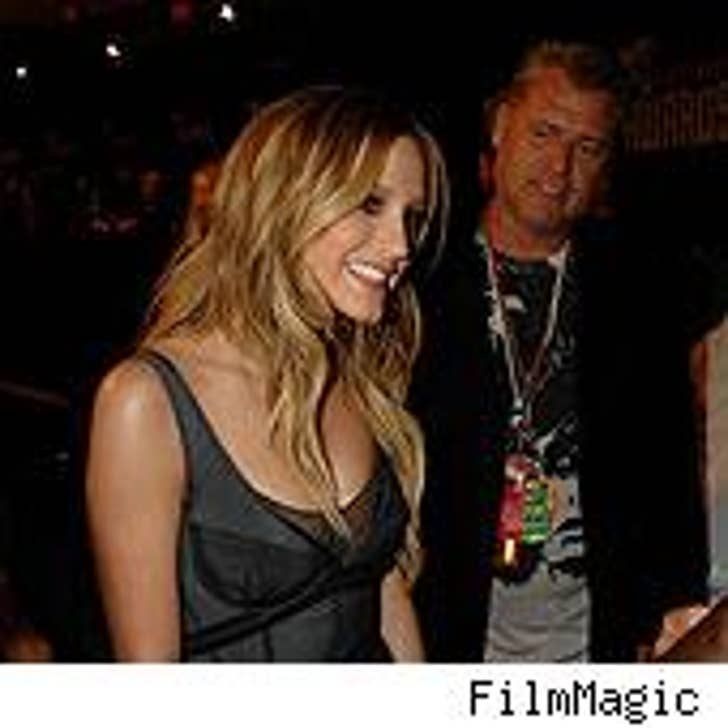 Joe Simpson got all thugged-out Sunday night in Vegas, when a security guard allegedly shoved his daughter Ashlee into a wall.

Rush & Molloy report that Ashlee, boyfriend Pete Wentz and Joe were trying to maneuver their way out of a nightclub when Wentz got shoved by a security guard, "knocking Ashlee against a wall." That's when Big Joe went nuts and tried to protect Ashlee, making that throat-slitting gesture in the process. "When somebody messes with my baby, then it's over!" he told R&M.

Ever the classy guy, Simpson said the fracas started because the bouncers were "just mad they make $12 an hour." Unlike getting paid a few pennies more by your own daughters. 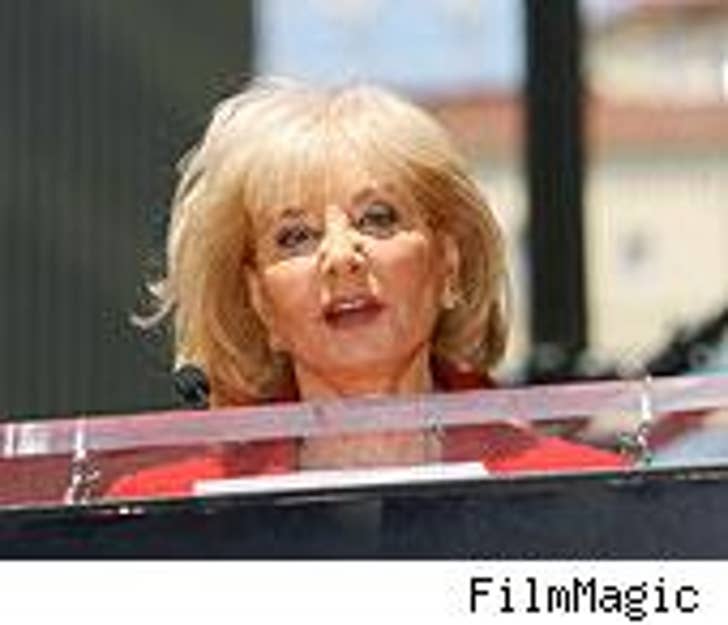 Rosie may have called her old boss Barbara Walters "tired" and suggested she quit for good, but Babwa ain't taking the bait. She told "EXTRA" yesterday that she read Rosie's spicy tome "Celebrity Detox," and said it had a note with it expressing Ro's love, but BW didn't exactly return it.

Instead, said Walters, "I would like to concentrate on the love that she sent." And if Babwa seems particularly frosty, no doubt it has something to do with Rosie writing, as Page Six reported: "Barbara Walters is almost twice my age ... at some point it becomes necessary to step back." By the way, Rosie's 45, while Baba is 77.

Odd couple Ludacris and Kato Kaelin were spotted Sunday at the Playboy Club in Vegas, playing blackjack, while Ashlee Simpson and some galpals partied at ghostbar with french fries. ... Kanye West didn't seem to need the help of "Today," David Letterman, MTV, or anyone else yesterday, as he skipped a slew of appearances on the day his album dropped. His rep said he was "contrite" about missing his "Today" performance.