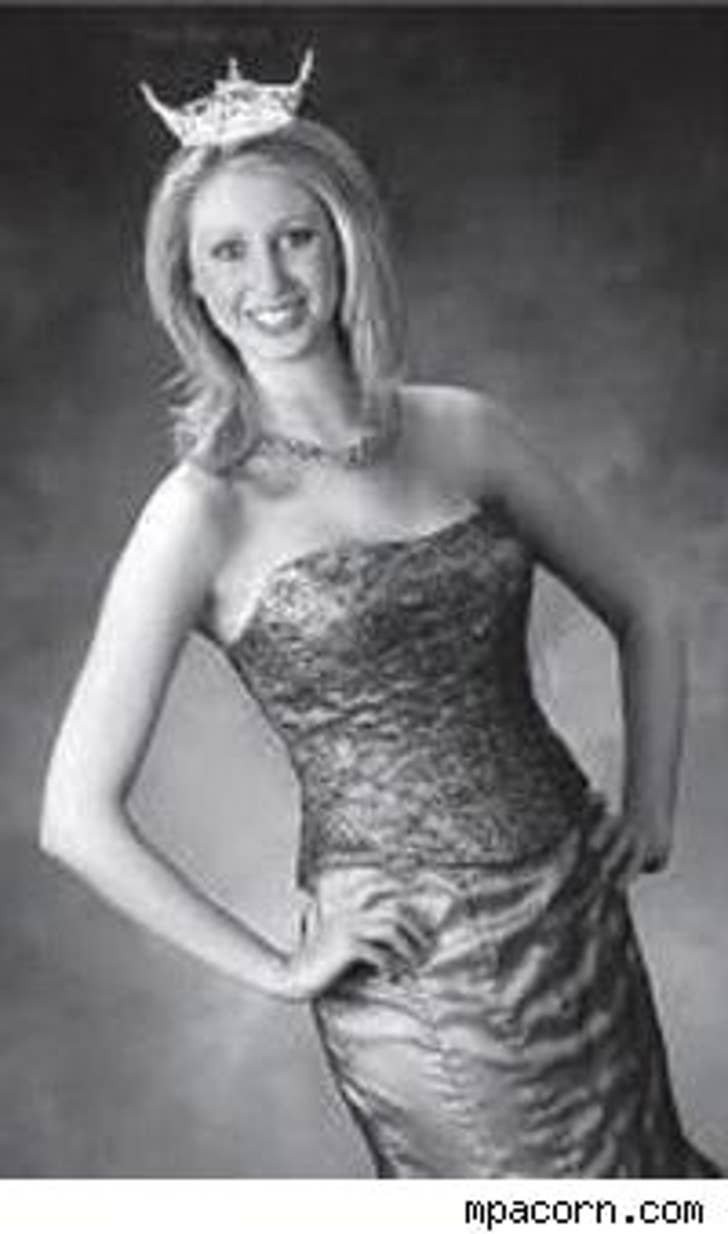 Hilary Gushwa, Miss Ventura County 2005, still hasn't returned her crown to the pageant officials, after she was disqualified for being married at the time of the pageant. Well, duh!

The Ventura County Scholarship Association sued Gushwa in small claims court and was awarded $3,121, excluding franchise fees. During court proceedings, the Ventura County Star says Hilary told a judge she was on medication and too drunk at the time to remember her own wedding. Take that, Katie Rees!

According to pageant officials, the crown, a commemorative ring, a pin and other prizes valued at more than $2,600 have not been returned. You know how women hate to part with jewelry!

Things have escalated so crazily, that the Star says pageant officials have filed a police report with the Moorpark P.D., saying that not returning the items is the equivalent of theft!