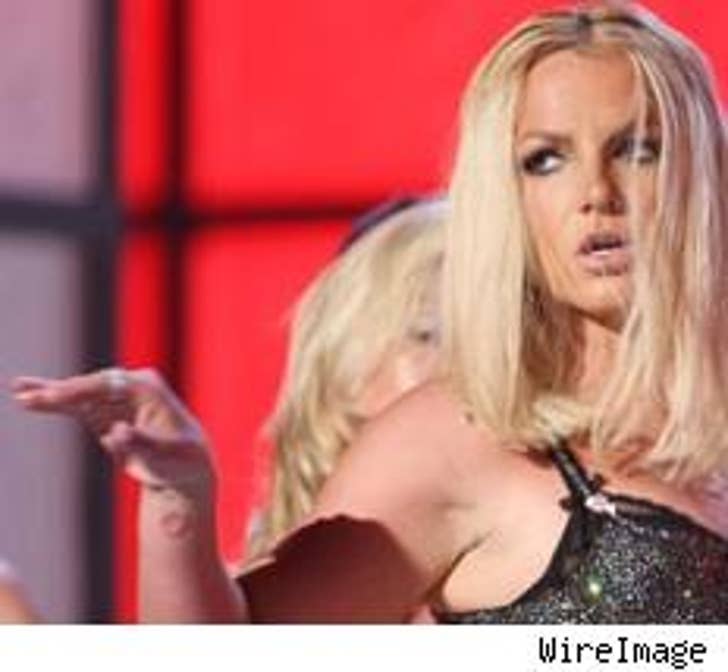 Could Britney Spears truly shock the world again -- by appearing on yet another awards show just a week after her infamous Sunday night massacre?

Could be, reports UsMagazine.com, who say that FOX is in talks with Britney's peeps to book the poptastrophe for this Sunday night's Emmy show. Thankfully, she won't be dancing, says a show source: "The idea is to have her come on and apologize for the VMAs. She's weighing the offer."

The Spears camp, meanwhile, "can't say this is 100 percent not true," and suggests that the talks aren't "going through the official channels." 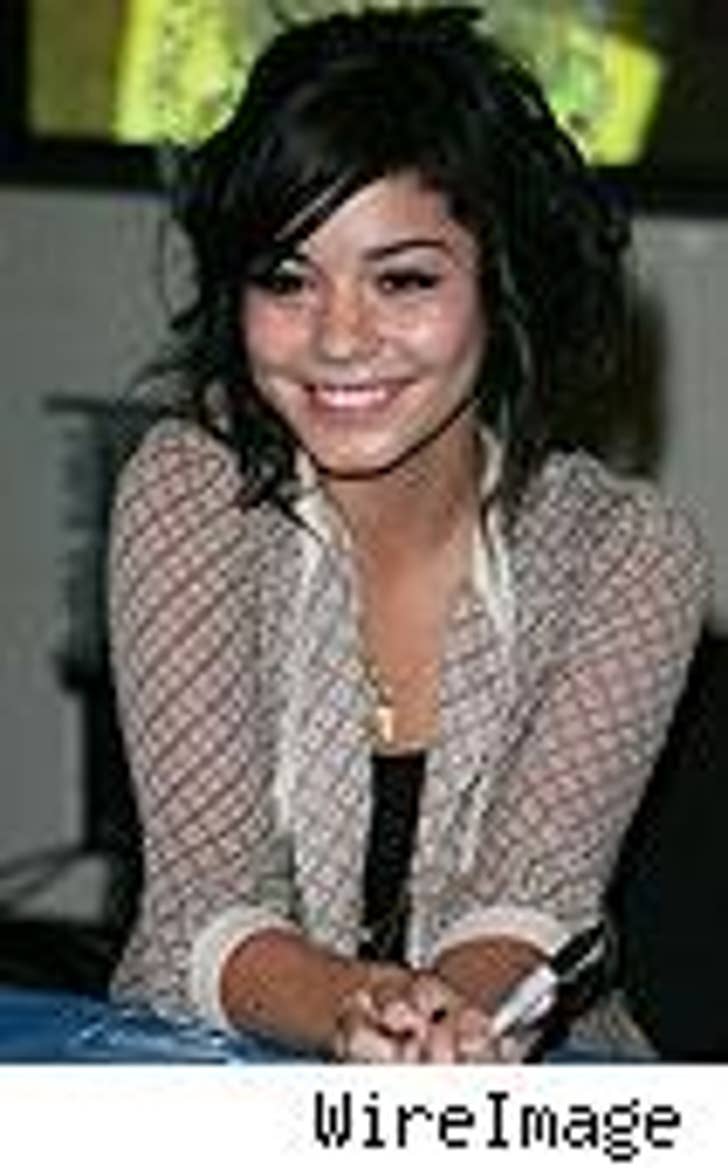 Vanessa Hudgens canceled her appearance on "The Tonight Show" last night, the same day that more saucy pictures of the "High School Musical" star appeared on the Internet.

Though she doesn't bare all this time, according to the New York Daily News, the alleged snaps show Vanessa in a near-lip-lock with another girl, and apparently massaging a female friend's breast. Oddly enough, Hudgens was also "caught" by paparazzi yesterday coming out of an L.A. church with her family.

Hudgens blamed her no-show at "Tonight" on a "scheduling conflict."

Heidi – Lauren was "Obsessed" with Spencer 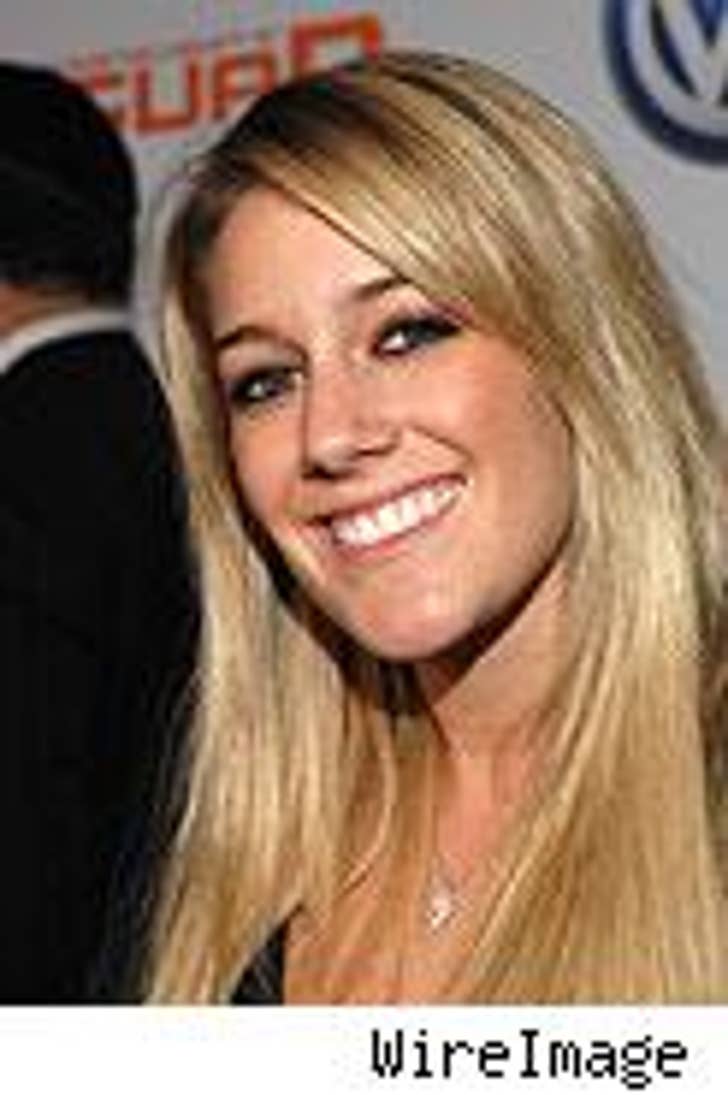 Lauren Conrad is an obsessive, scheming, hot-tempered betch, not the goody-two-stilettos that she portrays on "The Hills" – or so says nemesis Heidi Montag.

"I just have to accept that Lauren will never be seen in a bad light," says Montag to CosmoGirl!, via People. "They don't show the footage of how Lauren was sort of obsessed with Spencer [Heidi's fiancé Spencer Pratt] ... or how she would scream at me in the middle of the club if I wanted to leave ... to go see Spencer."

Party Favors: Shakira – Professor's Pet? ... OJ Author Calls "If I Did It" a Confession

Shakira's hips are sashaying all the down to the front of the class these days, as she's been taking an intro to Western Civ class at UCLA, and the prof says "she wasn't flamboyant" and that he "was really impressed" by her intelligence. Mmm-hmm. ... The author of the OJ Simpson book, "If I Did It," now says he was told it was a confession. FOX News reports that Pablo Fenjves writes in a prologue to the book, being published today, that the original publisher, Regan Books, told him, "He wants to confess, and I'm being assured it's a confession. But this is the only way he'll do it."