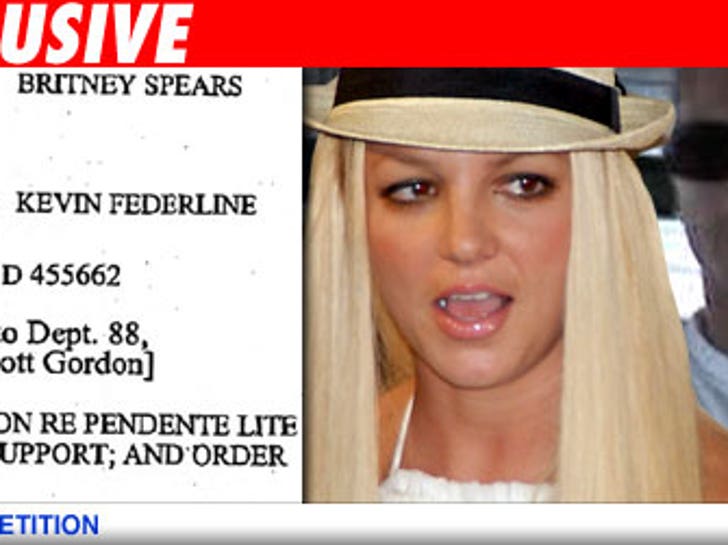 TMZ has just obtained a curious item in the Britney/K-Fed divorce war....but it's not what it seems. 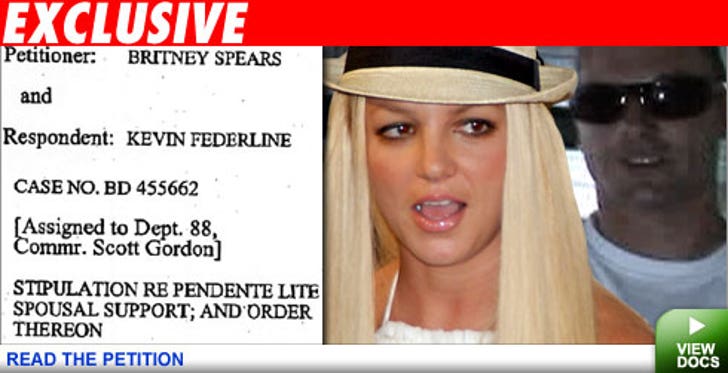 We've gotten hold of a document that discusses K-Fed's right to spousal support. It says Britney shall pay her ex "the sum of $20,000 per month, payable on the first (1st) day of each month, commencing on November 1, 2006, and continuing thereafter until death of either party, remarriage of Respondent (Kevin) or further order of the court..."

As we first reported, K-Fed signed a prenup which cut off his $20K support after November, 2007. The order we just obtained was signed by the judge -- today.

It appears from the document that Britney may have agreed to ante up money indefinitely, but we've learned that's not the case. Sources say the pre-nup is still in effect and the document was filed for technical tax reasons. So K-Fed gets cut off in two months.