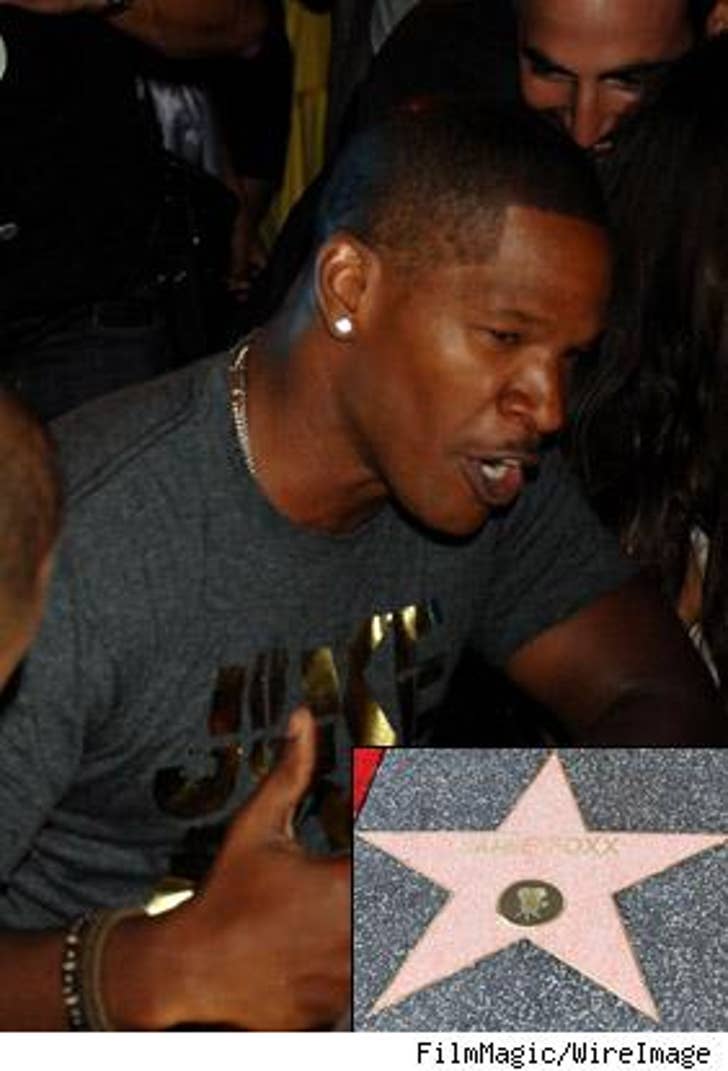 He starred in "In Living Color," and bombed in "Stealth." He'll shine a flashlight in your face, and pour mystery liquids down your throat if he thinks you're smokin'. And yesterday, Jamie Foxx got himself a star on Hollywood's legendary Walk of Fame!

Foxx, who won an Oscar for starring as Ray Charles in the eponymous "Ray," received the honor yesterday. As usual, he thanked his grandmother for raising him.