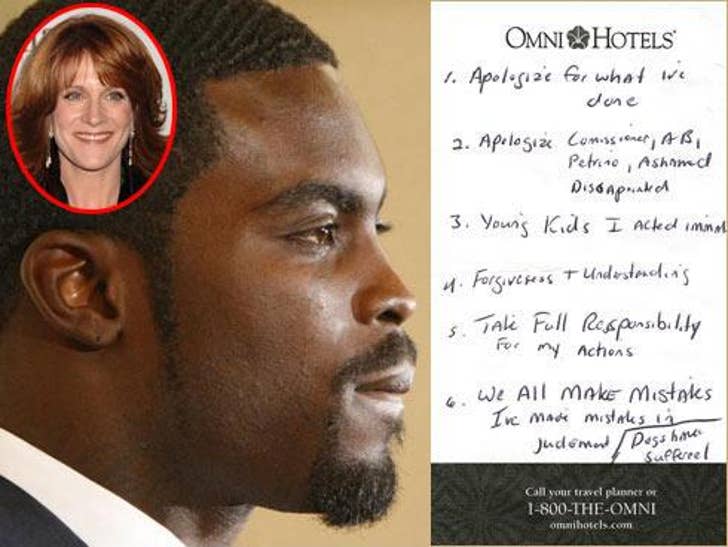 Some good will now come to animals because of Michael Vick -- and the generosity of comedian Carol Leifer.

The Humane Society has told TMZ that comedian/producer Carol Leifer purchased the note Michael Vick used when he made his four-minute apology speech in Richmond, Virg. -- for a whopping $10,200 -- with all proceeds benefiting the Animal Cruelty Reward and Response Fund. 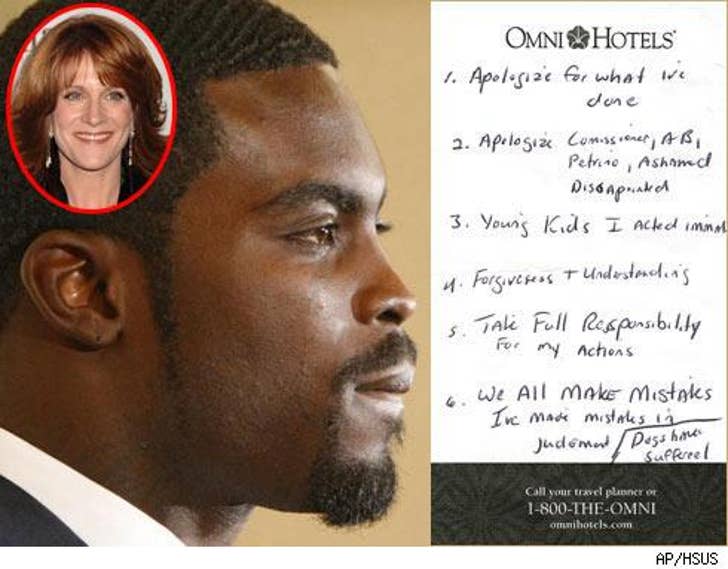 Earlier this month, TMZ reported that the Humane Society was auctioning off the note that Vick used as he made contrite speech. On the now famous note, Vick jotted six-points which called for him "to apologize for what I've done, apologize to his coach and team, tell young kids that I acted immature, ask for forgiveness and understanding, take full responsibility for my actions, and remind people that we all make mistakes."

There's a side note that says "dogs have suffered." Thanks to Carol, some dogs now get a break.