O.J. Simpson says he brought a posse along for the ride Thursday, because there was a lot of stuff to take. And, the final straw for Simpson was seeing that a "special" suit of his went up for auction. 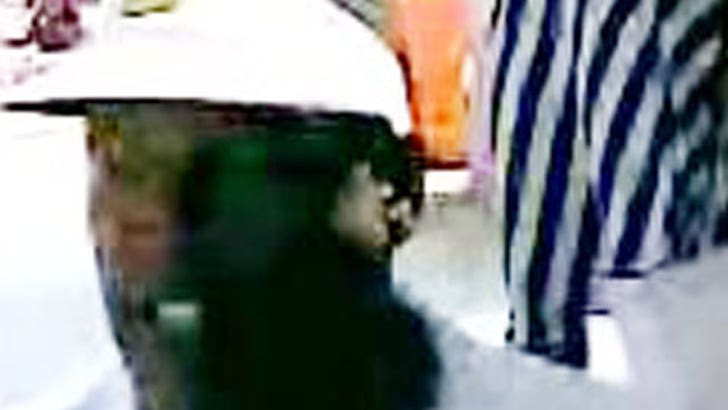 Las Vegas producer Jerry Peluso tells TMZ he spoke with a jovial O.J. Simpson yesterday at the Palms pool and asked him for an interview. Simpson said he was in town to watch two friends from Chicago renew their wedding vows.

During the 30-minute conversation, Simpson talked about guns, suits and women.

Peluso, who shot cellphone video of a small portion of the chat, says O.J. insisted, "I stole nothing." After the video ended, Simpson added, "I didn't have any guns. We didn't break into any hotel room. The guy told me what room they were in and I came to meet them and collect my stuff." Simpson went on, "What would you do if you were in my position?"

Peluso says O.J. messed with him, saying, "If you get that blonde over there to talk to me, I'll give you the interview." Peluso says he then walked over to the girl and said, "Hey, have you met O.J.?" The blonde responded, "Who?" O.J. then introduced himself and kissed her on the lips. He then cracked a smile and said to Peluso, "I'm just messing with you man; that's my fiancee."

Simpson said he made a decision to get his stuff back when he saw his father's ring on eBay. O.J. said the last straw was when he saw that Alfred Beardsley, a memorabilia dealer, tried hawking the suit Simpson wore the day he was acquitted. P.S. -- Simpson didn't get the suit back.

Peluso says Simpson agreed to an interview in his hotel room today. When Peluso arrived, he saw six to seven men get out of an elevator -- a combo of Palms security and plain clothed officers. They entered Simpson's room and arrested him. Simpson was put into a service elevator and escorted out of the building.