Kanye West is still pretty pissed about being snubbed at the MTV VMAs, and last night he made sure Justin Timberlake's fans knew it. 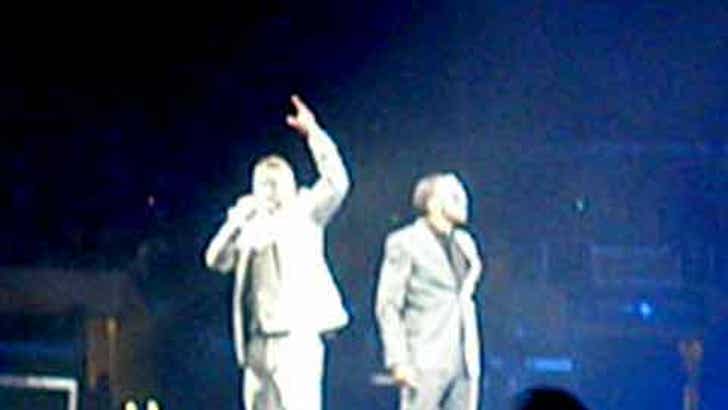 After making a surprise appearance at the Emmys, West headed over to JT's show at Staples Center in L.A. wearing the very same suit. The two then rocked an awesome rendition of "Stronger," before Kanye busted out a little freestyle flow. In the rhyme, Kanye told the crowd, "Hey yo, MTV -- I can't trust 'em."

Yeah, he cries a lot, but the guy can perform.