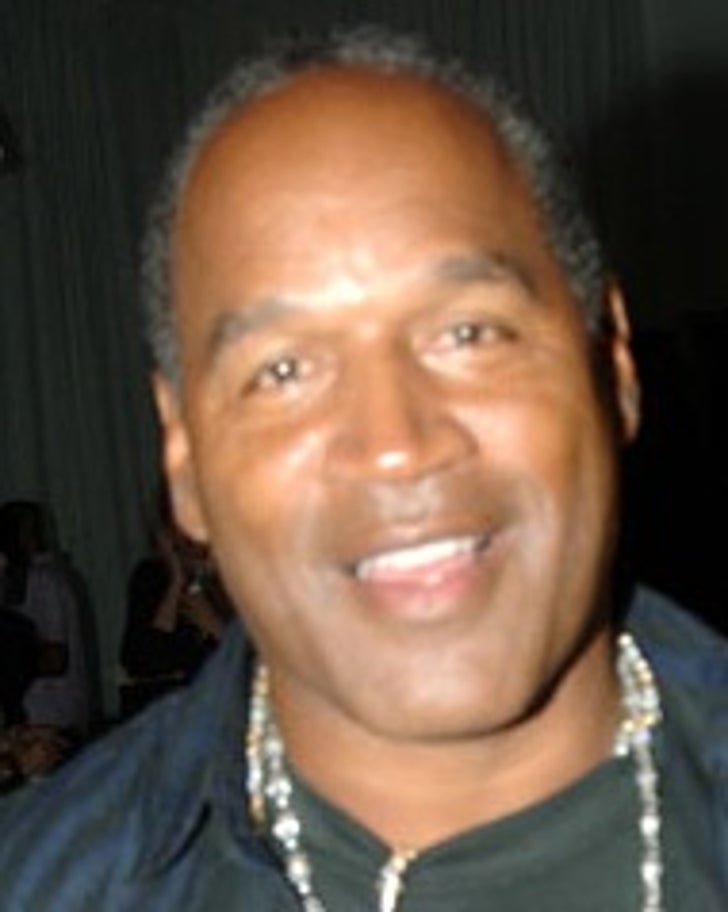 So, that guy who led O.J. to the so-called "sting operation" on Thursday that resulted in his arrest yesterday? -- you may remember him as a "memorabilia dealer" who tried to sell Anna Nicole Smith's diaries for $500K and even hawked a video that he claimed showed an Anna Nicole boob job.

The Las Vegas Journal-Review reports that Tom Riccio and Simpson got hooked up two years ago when Riccio booked Simpson to sign memorabilia at the NecroComicon show in L.A., where almost all of the actors who showed up were known for -- guess what? -- their roles in horror and slasher films.

Meanwhile, O.J.'s friend, Thomas Scotto, might not think O.J. is such the best man now, after he told the New York Post that Simpson "ruined" his wedding. Scotto is being sought by cops in the case -- and was trying to get out of the country on his honeymoon. "I don't want the police to pick me up at the airport."

TMZ is all over the O.J. situation, so keep checking back for plenty of updates during the day.

Spears "Secret Witness" – Not a Dealer?

It's D-Day in the Spears-Federline custody battle, and the "secret witness" that lawyer Gloria Allred claims has important information in the case will be with Gloria in court today. FOX News reports that the witness is not a drug dealer -- just someone who has had "close observation" of Britney's interaction with her kids.

Allred, for her part, claimed over the weekend that the judge in the case had accepted the signed declaration of the witness -- and "even praised her work," according to FOX.

Sally Field's acceptance speech last night at the Emmys was cut short after she exceeded the time limit, but the buzz is that she might've gotten chopped when she started haranguing against the Iraq war. ... Professional tasters have proclaimed that Trump Vodka's notes are like "snack cracker" and "oily/creamy," but it was still good enough to beat perennial favorite, Grey Goose.