Just hours after a judge warned the Britster about her problem with drug and alcohol abuse, Spears reacted like any irrepressible gal would -- and got her party on! 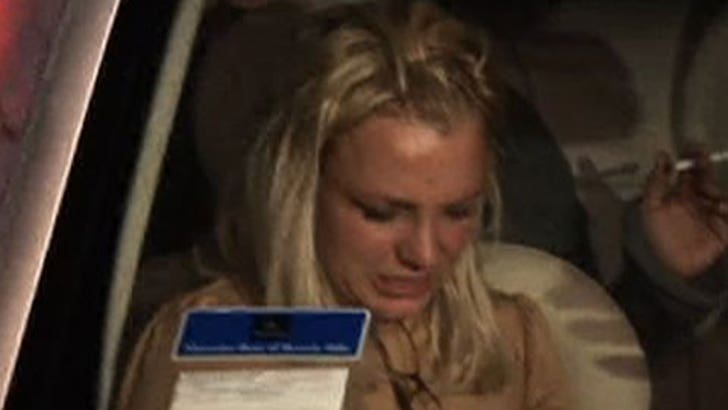 TMZ caught the unstoppable mother of two at both Winston's and Hyde last night, where the popwreck was engulfed by paparazzi hoping to get a shot of the hot mess. She was all smiles when she left the first club, but quickly put on her sad face when paps started fighting outside her car.

Her party train then moved to Hyde, where the usually dead club saw a resurgence of paparazzi attention, thanks to Brit Brit. She was again swarmed on her way out, as photogs tried to ask about her kids.

Sources tell TMZ that in an effort to ditch the paps, Brit pulled into a "safe zone" at the Beverly Hills Police Department, which activates a light and a camera. She stopped there for awhile until they left her alone. How clever!