Show him the money! Oscar-winning actor/sloganator extraordinaire Cuba Gooding Jr. attended the premier of the new Brad Pitt vehicle "The Assassination of Jesse James by the Coward Robert Ford" last night at the Ziegfeld in NYC. He then headed to the premier after-party at Guastavino's and graciously signed autographs for fans -- he even signed one ill-prepared woman's business card. 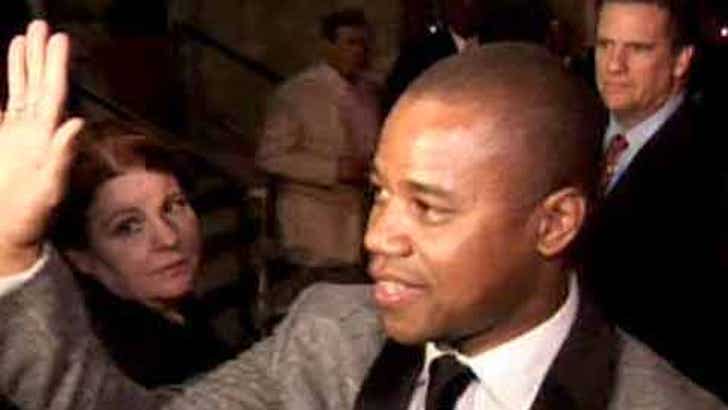 His snazzy black silk single-breasted suit got mad props from the crowd. When one fan asked Cuba to "Show me the money!" he slyly gestured to his suit, and replied, "You don't see it?"