As though he weren't competitive enough already, TMZ gave Lance Armstrong some added motivation to keep himself in world-class shape. 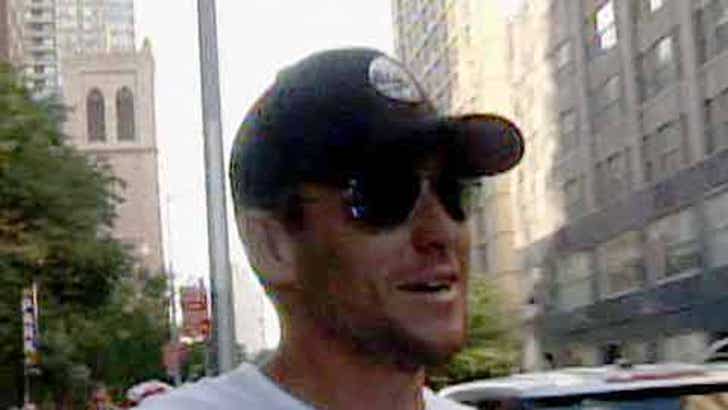 When our photog caught the Tour de France champ on his way to work out yesterday, we informed him (jokingly) that James Gandolfini was whacking him in our daily "Who'd You Rather?" poll (not true: he was kicking Gandolfini's butt). After admitting that he was "torn" about the choice himself, he got worried: "I better go running."

For the record, Lance beat James soundly, with 68 percent of voters taking Lance, even in New Jersey!