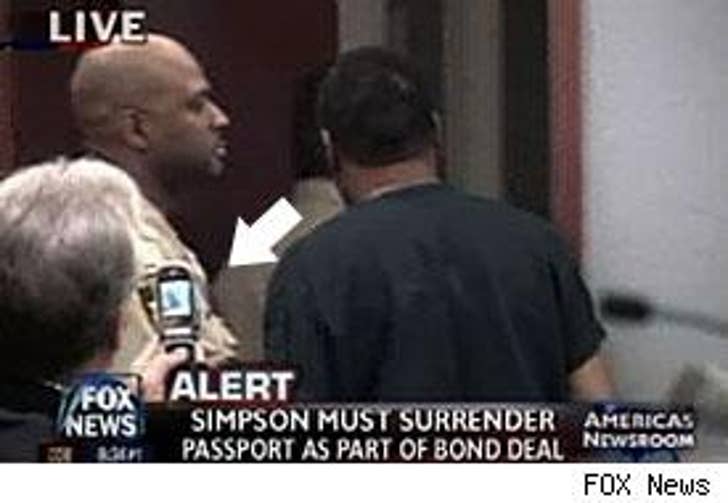 Employee Handbook, Rule #1: Don't take a picture of O.J. Simpson with your cell phone if you work in a courtroom!

TMZ has obtained a letter written to the Juice, sent in care of his lawyers, apologizing for the actions of one of its "contract employees." In the letter, dated today, the Executive Office of the Clark County Courts says a court reporter took a cell phone picture of Simpson as he left his court hearing yesterday.

The executive called the behavior "abhorrent" and told Simpson and his attorneys it "would not be tolerated."

The letter also says that the issue has been "addressed" with the employee, and the picture has been deleted from the cell phone.

The unemployment line forms to the left.