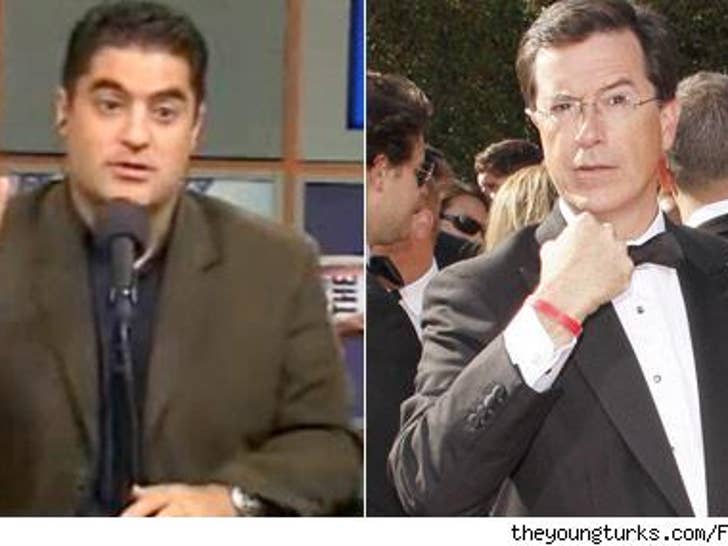 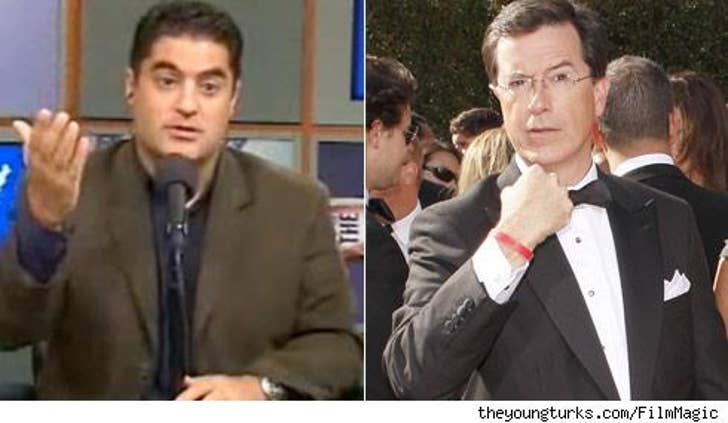 Uygur claims he made the joke during a September 7 broadcast, and Colbert made a similar one four days later. He even posted a YouTube video backing up his claims. In it, Uygur says, "As O.J. would say, 'Think you can steal my sh**? Up against the wall motherf**ker.'" Quoting the Juice is never a good thing.

Uygur, who hosts the show "The Young Turks" every morning at 6:00 AM on Air America, even went as far as to say he'll sue Colbert for $65 million -- a number he came up with after reading about a judge who sued a dry cleaner for that same amount after the dry cleaner lost his pants. He joked, "Can you put a price tag on humor?" Neither joke was all that funny, so $65 mil seems a bit much.

Colbert has often engaged in feuds both serious and funny, but his rep had no comment on this one.