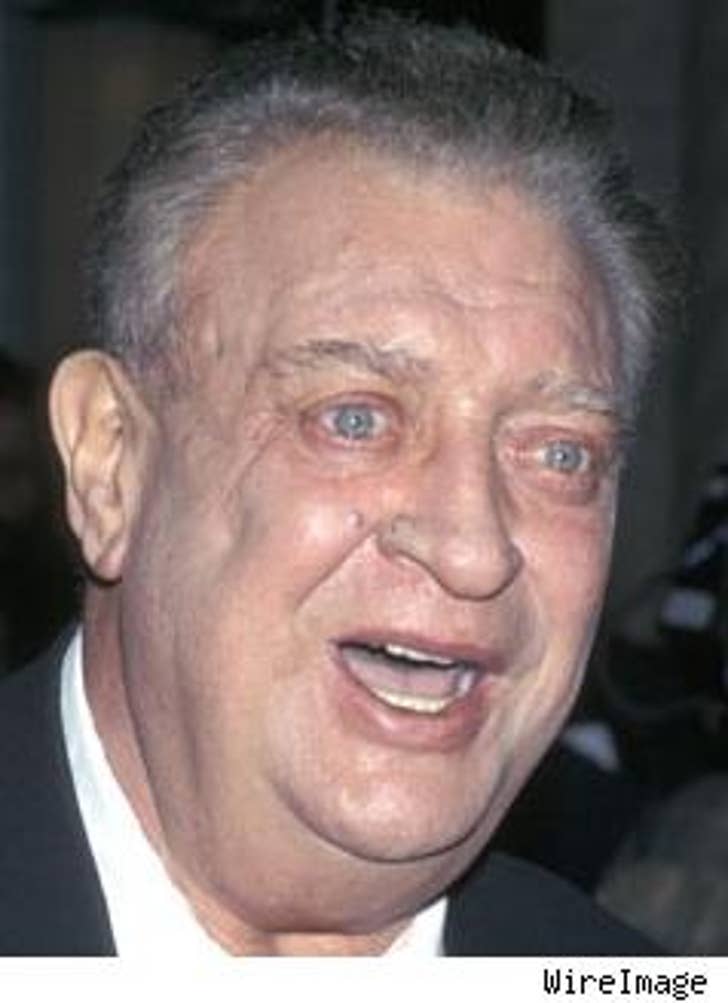 Even six feet under, Rodney Dangerfield still don't get no respect.

So says his wife Joan, who filed suit Thursday to halt the airing of video of the comic taken during his last years, which she says is "highly private, extremely sensitive, and very personal" and wasn't meant for public consumption. Joan is suing former Dangerfield pal David Permut, who she says took more than 200 hours of footage at his home while Rodney was in ill health. The bug-eyed comedian died in 2004 at 82.

According to the suit, Permut plans to use some of the footage in a documentary to air at Sundance next year. His production company didn't return calls for comment.