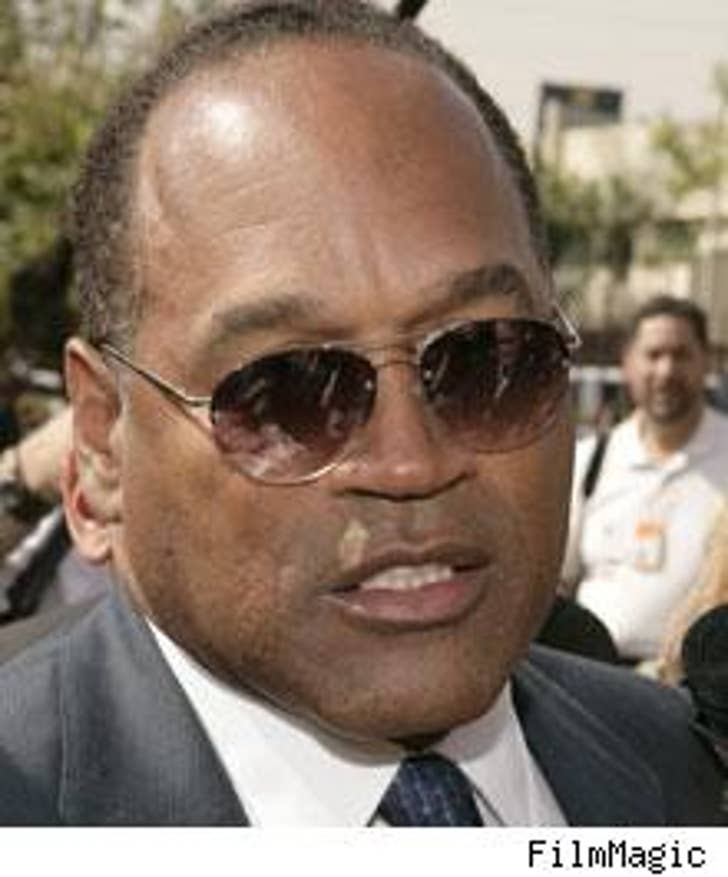 O.J. Simpson had an explosive altercation six weeks ago, when he accused his girlfriend of sleeping with an ex-con handyman, according to what the worker and his wife told the New York Post.

The pair tell the Post that Simpson arrived at the home of Janos and Marlene Gonzalez thirty minutes after leaving an angry voicemail in which he accused Janos Gonzalez -- who Simpson had hired to work at his South Miami home -- of sleeping with Christie Prody, the Juice's longtime girlfriend.

According to Marlene Gonzalez, O.J. parked his car -- with his girlfriend in the front seat -- in the Gonzalez family driveway and he approached Marlene, telling her that her husband Janos had sex with Prody earlier that day. Her husband heard the commotion and came outside to tell O.J. to leave, to which Simpson responded, "Come over here. I'm going to f***ing kill you!"

Simpson then placed his hand behind him as if drawing a gun, according to Marlene. "I didn't know if he really had one." The confrontation lasted less than 15 minutes, ending when Mrs. Gonzalez called the police. O.J. then drove off. The couple filed a police report and described the incident as a verbal dispute -- no weapons were used.

Janos Gonzalez has denied he ever met Prody, but said he had heard about Simpson's relationship with her (police have responded to three domestic disputes between 2000 and 2005). But police reports and court documents obtained by The Post show Prody and Gonzalez did have a past; police busted the pair inside Gonzalez's truck on Aug. 22, 2006 for allegedly having drugs.

Miami police have not pursued the dispute case between O.J.Simpson and Janos Gonzalez.