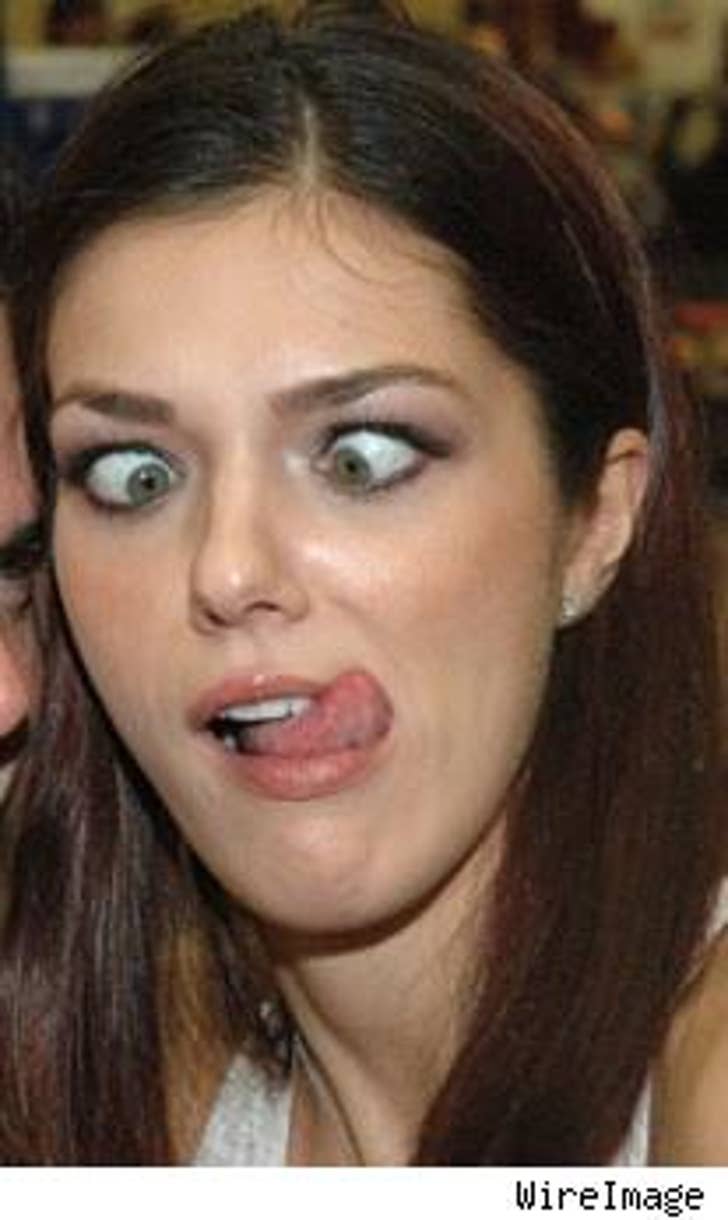 Usually, when Adrianne Curry blogs, it just makes her look like a crazy woman. Maybe it's just showing her in true form, but her latest dispatch makes her look a little like Strom Thurmond with fake boobs. America's Next Top Race-Baiter!

The first "America's Next Top Model" initially wrote on her MySpace blog that she's boycotting Black History Month and the BET network, and that while the history of slavery of African-Americans "does suck some major balls," she's imploring them to "move the f**k on."

Now, after some serious backlash, the empty-headed model takes another stab at blogging in order to clarify her ridiculous rant, explaining that she feels "horrible that people misunderstood" her message. Perhaps this girl should think before she blogs!

The annoying Adrianne writes, "I am appalled that anyone would claim I am just some stupid white b**ch that doesn't know s**t about anything." How could anyone think such a thing?! Unfortunately, there's more! She says that she comes from an "incredibly political family." Sure. All this worldly philosophy coming from someone who dropped out of high school in her junior year. Stay in school kids!