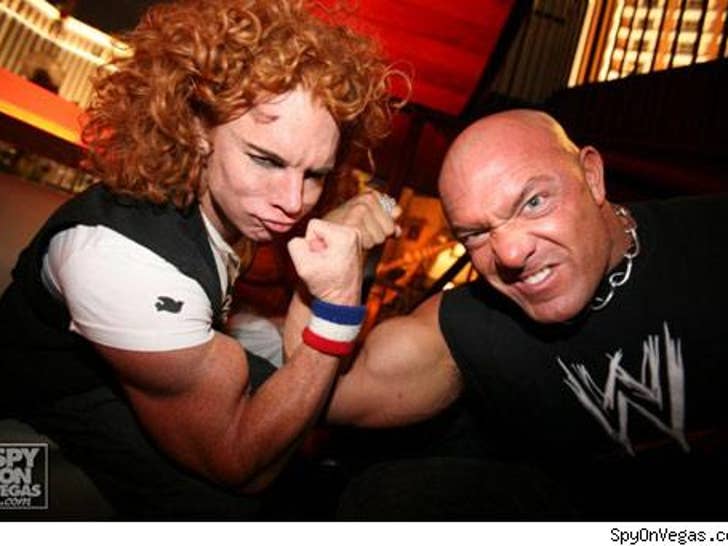 The hilarious and amazingly talented Carrot Top was spotted in Vegas over the weekend -- doing his best routine: showing off his muscles. And his Marlene Dietrich eyebrows! 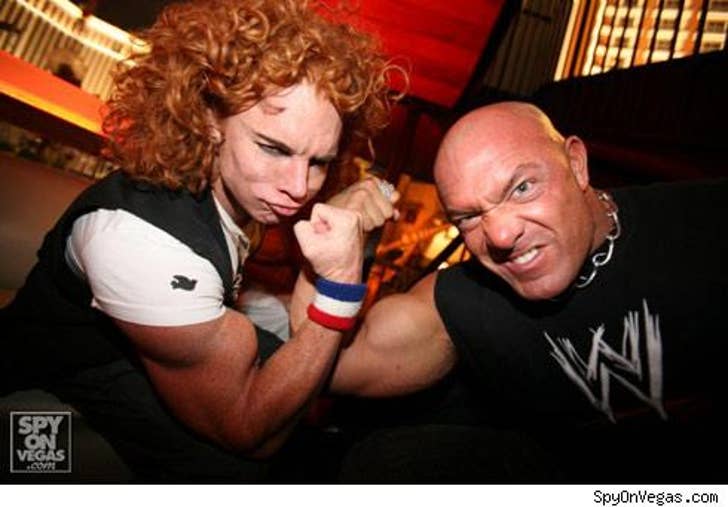 The prop comic was spotted comparing his massive guns with some D-list wrestler. Top's arms are bigger than the wrestler's! And his makeup is better! Maybe Carrot should consider a career in wrestling? He could be one of those guys who wears a mask -- just like now!

This would keep him from being mistaken for Kathy Griffin! 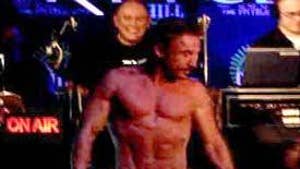 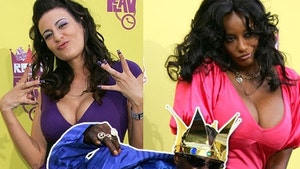 Got a Flava for the D-List?