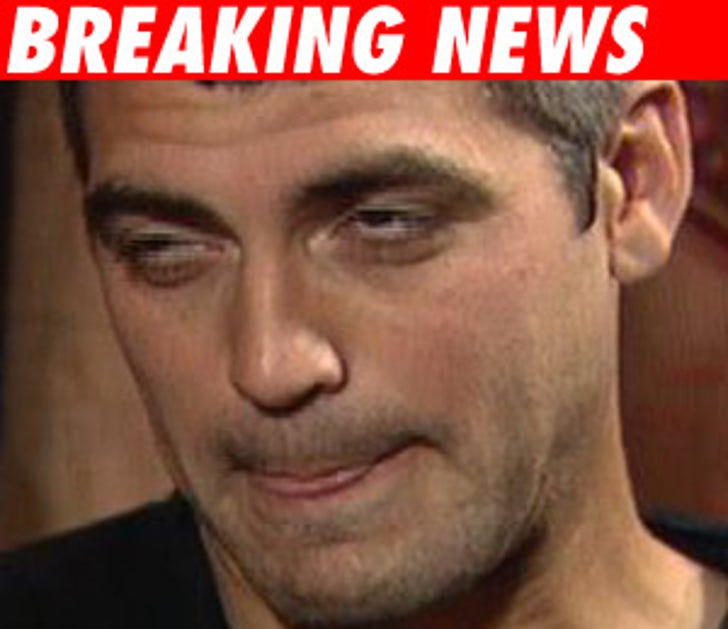 "On Friday, Sept. 21, 2007 at approximately 3:30 PM, Weehawken police and the Weehawken Volunteer First Aid Squad responded to a 911 call of a motorcycle accident with possible injuries at the corner of King Avenue and Boulevard East.

Investigation at the scene determined that a 1999 Mazda Millenium operated Mr. Albert Sciancalepore II of Weehawken, NJ made contact with a 2007 Harley Davidson motorcycle operated by Mr. George Clooney of Los Angeles, California, was accompanied by Ms. Sarah Larson of Las Vegas, Nevada.

Mr. Clooney and Ms. Larson were subsequently taken to Palisades Medical Center in North Bergen for examination and treatment of non-life threatening injuries. Both were apparently wearing motorcycle helmets at the time of the accident. The car was driven from the scene by its operator, and the motorcycle was (taken) from the scene by a representative of Mr. Clooney. Due to conflicting statements of driver and the lack of evidence to support either driver's version, no moving violation summonses have been issued to either party at this time. The incident remains under investigation."