Jamie Foxx continued his perplexing habit of rolling to the most paparazzi-infested spots in Hollywood, then acting as though cameras were completely absent. That's Oscar worthy! 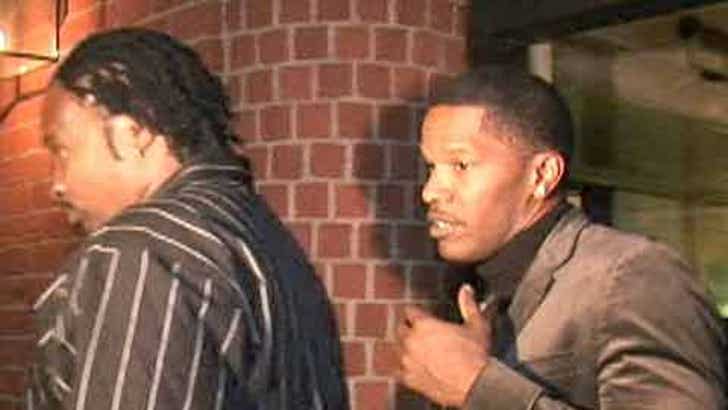 TMZ caught Foxx after an evening repast at Mr. Chow, and asked him about the O.J. Simpson situation. One of his responses we can't print, and then he disappeared.

Given his generally wordless response technique, we're wondering if he might not be prepping for the inevitable Marcel Marceau biopic.