Oscar winner Cuba Gooding, Jr. was at nightspot Crimson in L.A. last night and he had company -- in the form of two ditzy blondes. 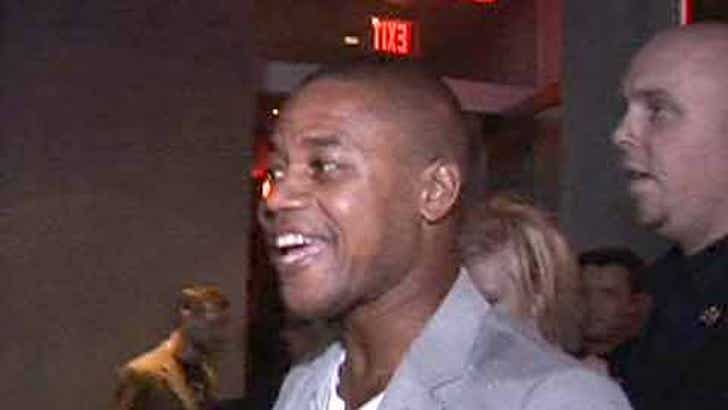 The animated actor was followed from the club by a semi-entourage, including a young and rather loud gal in boots from 1992, who kept asking, "Are we getting food?!" The star avoided questions in front of our camera, as he hopped into his ride -- a lame-o '80s-ish limo. At the end of the block, the same tacky girl and her friend met him, and surprise, hopped in!