The same guy who was spotted telling Roy Scheider, "I know where you live," was caught hugging Cuba Gooding, Jr. just a few hours earlier. Who doesn't he know?! 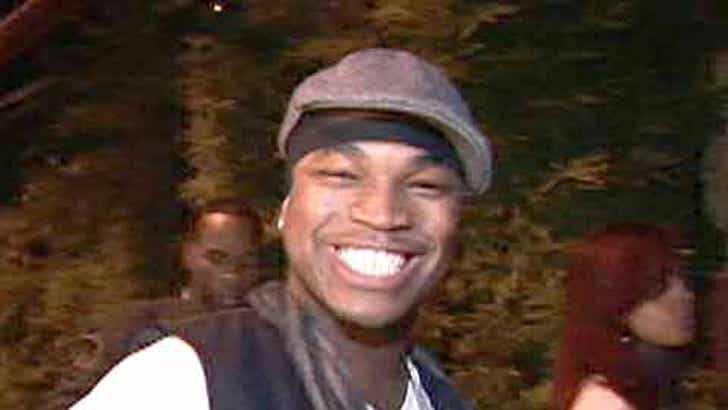 "Big Shot" hottie Dylan McDermott had a hankering for Italian last night, TMZ spotted him getting take out at Il Sole. Ne-Yo opted for sushi at Koi and James Blunt spent the night at Les Deux after his sold-out concert at the El Rey.

In New York: Queen Latifah, Usher, Jamie Foxx and The Rock were all caught leaving the Mandrian while fine young thing Channing Tatum chatted up our camera guy -- between filming scenes on "Fighting" with Terrence Howard.

All this and more in today's "veal parmigiana to go" edition of Star Catcher.