Don't BS Jenny McCarthy -- she can smell it from a mile away. 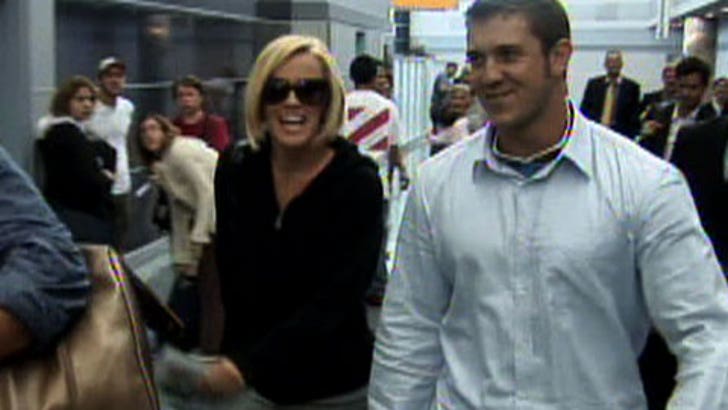 The former Playmate was truckin' through JFK airport yesterday, when a self-proclaimed "huge fan" begged for a photo with the foxy female. But Jenny saw right through the rubbish and called him out on it, asking, "What's the name of the book I just put out?"

Dude answered with, "Uhhhh," which, as any real Jenny fan knows, is not the correct title. It's actually called "Louder Than Words: A Mother's Journey in Healing Autism."

She's blond, but she's not stupid.