Britney Spears put on her best Elvis glasses and tried to make a swift getaway -- but her car wouldn't start. How poetic. 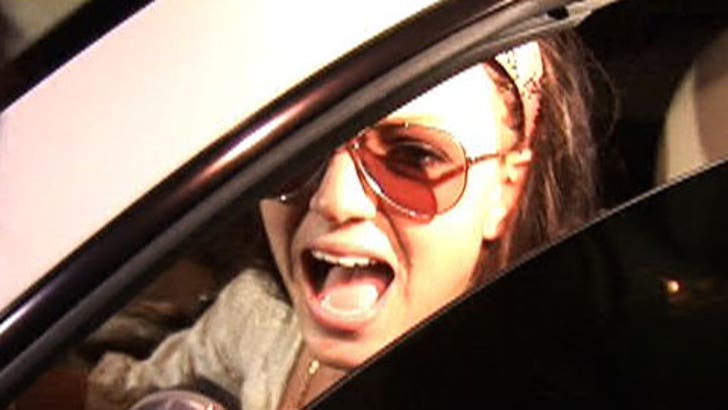 TMZ caught the popwreck leaving Casa Escobar last night with her lil' doggie, London. She was swarmed by paps as she tried to start her car. After several attempts, Brit rolled down the window and told paps her car wouldn't start. Yah, she's not going anywhere.

Though the paparazzi told her it was because she left her headlights on, the car suddenly started. User error? She probably wasn't in gear. How appropriate.