Twice divorced (from each other) duo Melanie Griffith and Don Johnson were spotted at Mr. Chow last night -- at the same time. 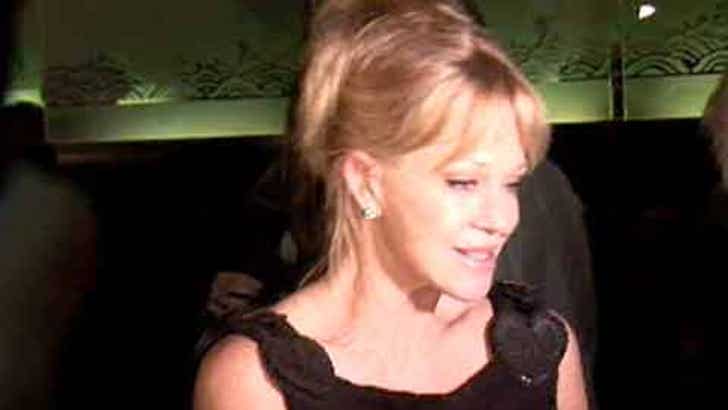 TMZ caught Mrs. Zorro -- and her daughter with Antonio Banderas, Stella -- heading into the Chinese restaurant for dinner last night, where Don Johnson -- and his son with Patti D'Arbanville, Jesse Wayne -- showed up moments later. Confused yet?

Though we can't tell if they awkwardly ate together, they arrived and exited within minutes of each other -- with Melanie proudly displaying her classy "Antonio" tattoo the entire time.