The only person larger than producer Rick Rubin (who has mixed and mastered music for Jay-Z, the Chili Peppers, and Johnny Cash) is his towering, long lost twin -- Rubeus Hagrid from Harry Potter! Blimey, what a beard! 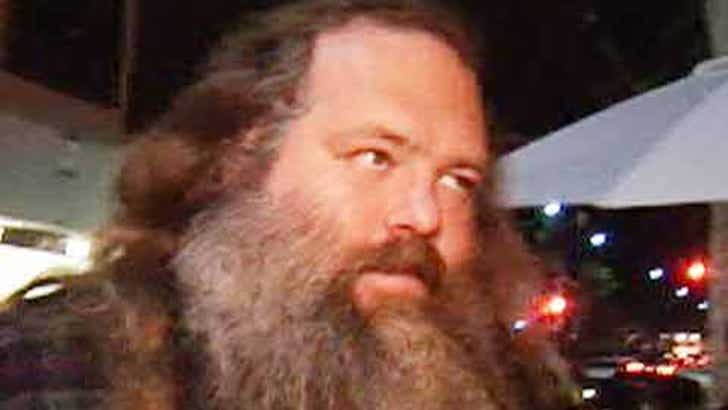 Rubin strutted into Mr. Chow, looking more like Rowling's giant groundskeeper than a heavyweight producer! Rick's influence in the music industry is vast, having produced Run-DMC's "Raising Hell" in 1986 -- and he hasn't missed a beat since -- last year producing two of the five Grammy-nominated Best Albums of the Year.