Temper tantrum throwin' Brad Garrett was in a great mood yesterday in Malibu, where he posed for pics and happily chatted with fans. This guy has been in good spirits lately -- he must be practicing meditation! Ommmmm! 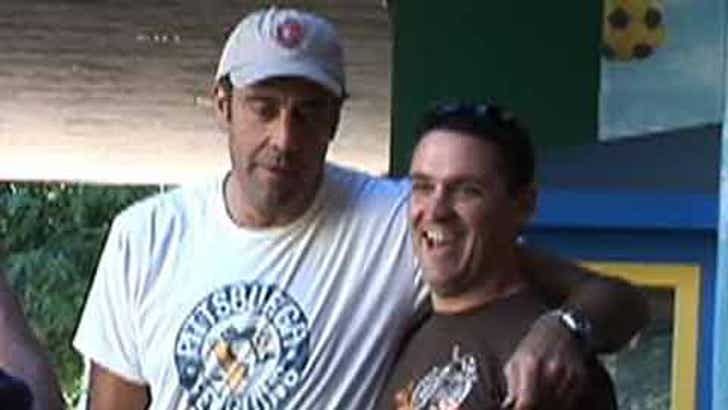 Perhaps the 6'9" actor was on his best behavior because his two children and dogs were accompanying him. That should be incentive for anyone to lead by example!

By the way, these fans hit pay dirt this weekend! TMZ also caught them befriending Adam Sandler later that evening!