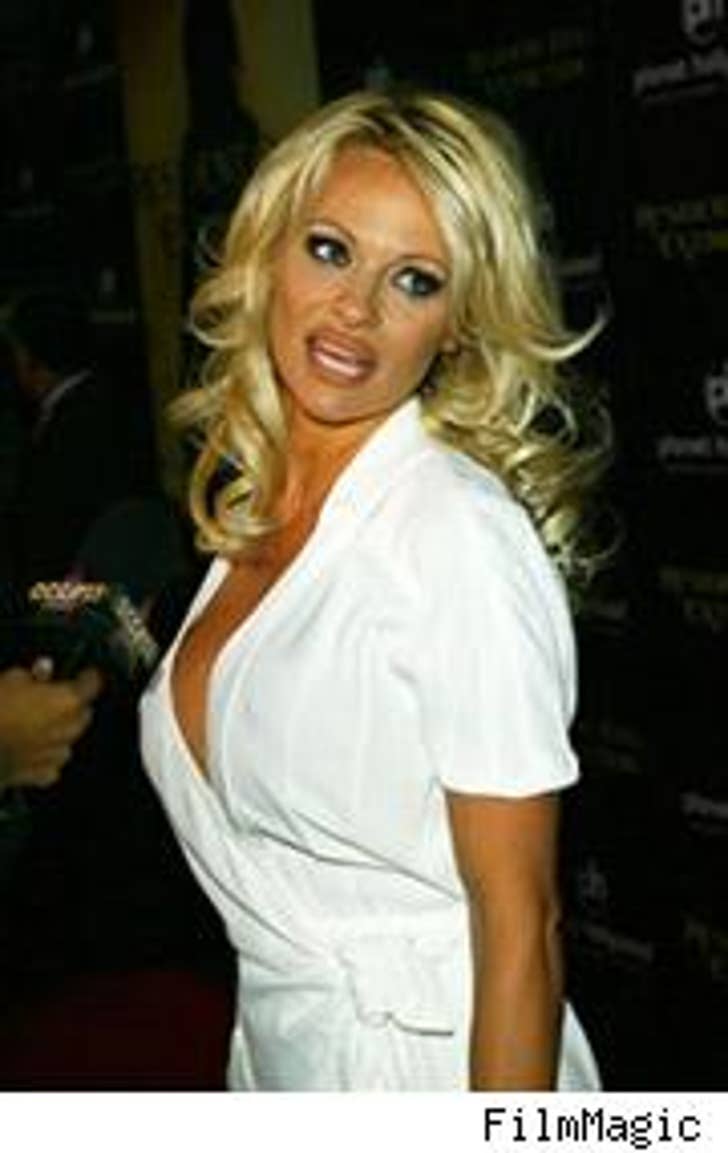 Pammy did the deed in a denim Valentino dress ... wash and wear?

Anderson's previously been married to rockers Tommy Lee and Kid Rock, and Salomon was briefly wed to "Charmed" witch Shannen Doherty. Rick is the "co-star" and producer of "One Night in Paris," the Paris Hilton sex tape, from which he is said to have earned millions.

Sex and the Dream Sequence? 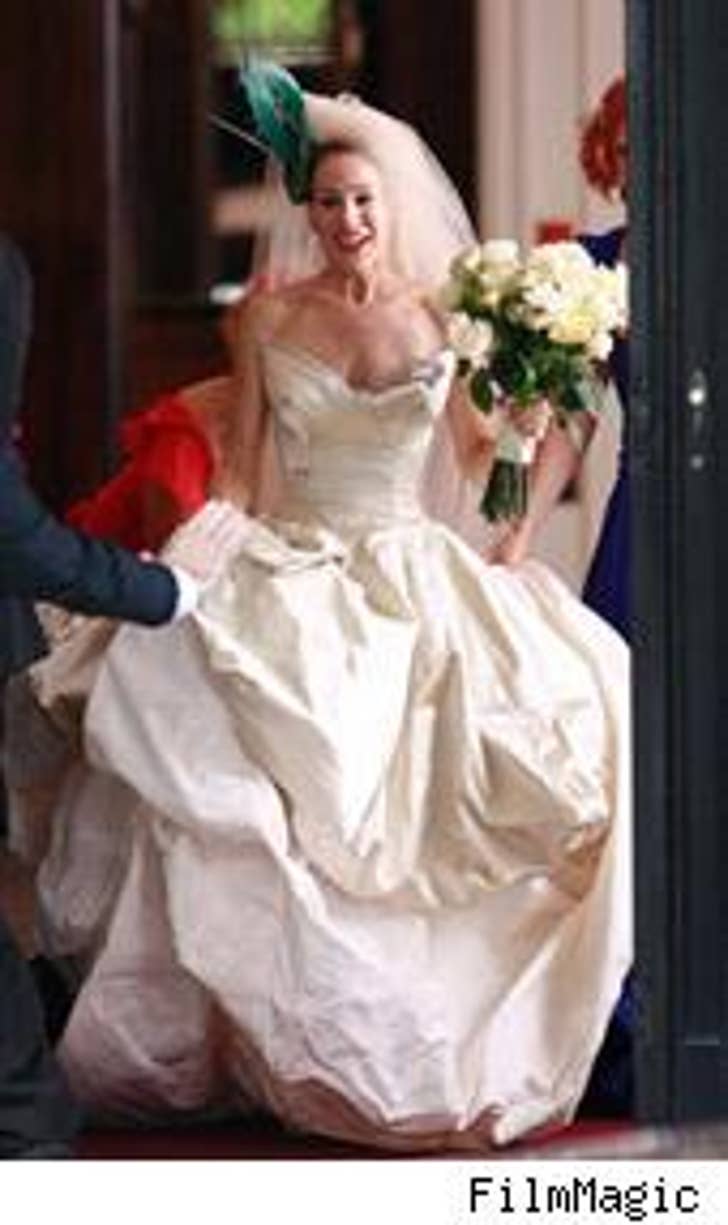 About those pics of Sarah Jessica Parker in a wedding gown that have leaked from the set of "Sex and the City" ... don't jump to any happily wed conclusions -- SJP's Carrie may not be marrying longtime love Mr. Big just yet.
A source close to the set says that the wedding sequence -- along with scenes of a pregnant Charlotte -- are actually from "dream sequences" in the film.

The source told Page Six, "They're playing mind tricks with the fans. The pictures have been staged to make people think they're following a predictable plot, but these are really only dreams. Everyone's wondering how Charlotte could finally get pregnant after all that time. They're loving that everyone's imaginations are running wild."