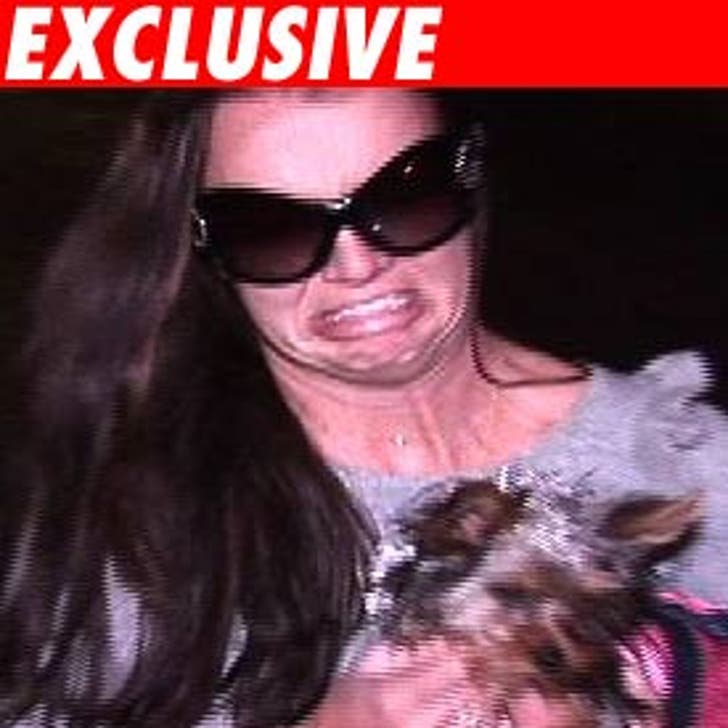 Sources tell TMZ the real reason Britney Spears didn't answer her buzzer when her kids came to visit last Thursday is because she wants nothing to do with anyone who tries to tell her how to be a good parent.

We're told Britney was well aware that her kids were coming at 10:00 AM. She had telephone conversations about it 10 minutes earlier. Britney's big concern was that she didn't want the parenting coach, who was in tow, to tell her how to interact with her kids.

So Brit's solution was to not answer the buzzer, as her kids cried in front of the house and waited for 40 minutes before K-Fed's bodyguard pulled the plug and returned home.

Britney has been told for a year that she needed help in raising her kids, but she has steadfastly refused to even get a proper nanny. Now the squeeze is on and she's not responding.

And even though our sources say Britney will show for court as ordered on October 26, another source tells TMZ Britney has repeatedly said she would never attend a court hearing.

And finally, as if her life isn't messy enough, we're told Britney is running out of money. Even though her single is a hit, the prospects of the album remain questionable because she's not going to promote it or tour. And we're told she spends like a crazy woman.