Angelina Jolie's dad, Jon Voight, has been estranged from Angie for nearly five years -- and is starved for affection. 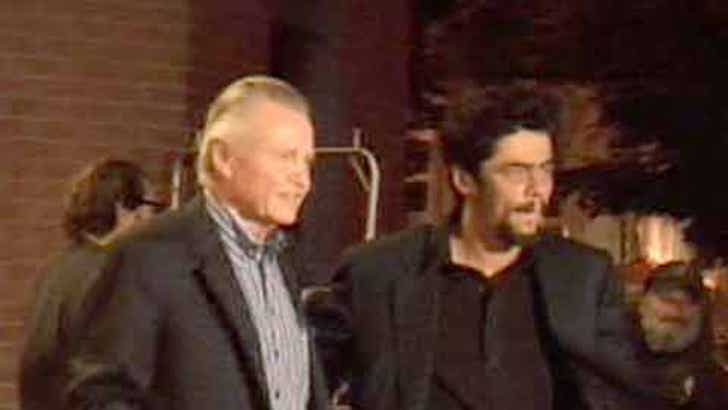 At least that's the way it lookedon Saturday night, when he showed up to the premiere of Halle Berry and Benicio Del Toro's new film, "Things We Lost in the Fire." Even though they were both heading into the same screening, Voight yelled after Del Toro, virtually running to grab his hand and then keeping him in an armlock in front of photogs for as long as he could.

Voight then wandered awkwardly outside the Tribeca Grand hotel, until famous autograph seeker Radioman came up, whose hand Jon shook warmly -- and then shook it some more.