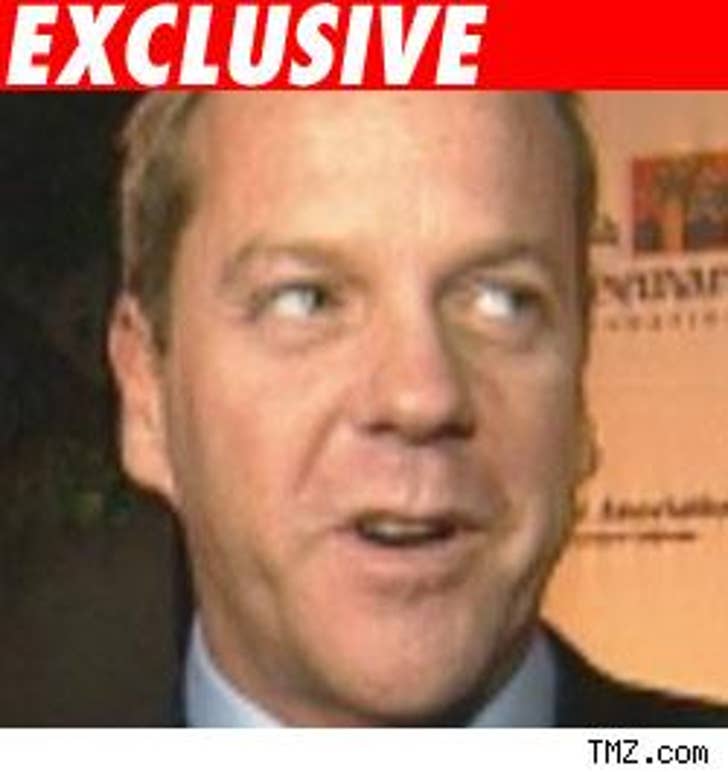 TMZ has obtained the sentencing recommendations in the Kiefer Sutherland DUI case.

The sentence is complicated, but Kiefer will do 48 days in custody.

Kiefer will do 18 days for the probation violation, surrendering December 21. He will serve an additional 30 days for the current DUI and must complete that sentence by July 1.

Based on what TMZ knows about production schedules, that would mean Kiefer is serving the bulk of his sentence when "24" is on Christmas holiday and not in production -- he may have agreed to the speedy disposition of the case in order to protect the show from having to shut down production.

Kiefer's lawyer, Blair Berk, would not comment on the case.

UPDATE: A rep for Twentieth Century Fox and the FOX Broadcasting Group issued this statement: "Today our friend Kiefer Sutherland resolved his criminal case at the earliest opportunity. Kiefer made clear to us at the time of his arrest that his first concern was the welfare of those he worked with and that he intended to do whatever was necessary to prevent shutting down the show because of his situation. He told us that even if he had to sacrifice more time in custody in order to protect the show and the jobs of those who work with him, he would do so. From what occurred today, it is evident he is a man of his word. We wish him well and look forward to a long relationship with him."