TMZ caught Orlando Bloom last night before he got into a car accident -- and something was definitely off about him. 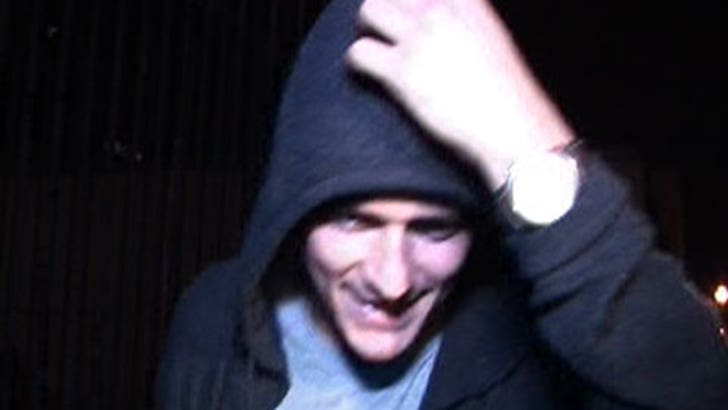 Bloom was leaving Green Door, hiding in a hoodie, when he jumped into the front seat of a random guy's car and started an argument with the man. It seems like the two were fighting over a woman in the car, though she tells Orlando the man is her ex-boyfriend.

A bizarre-acting Orlando then made his way into a Toyota Matrix -- the same car model he would later crash.