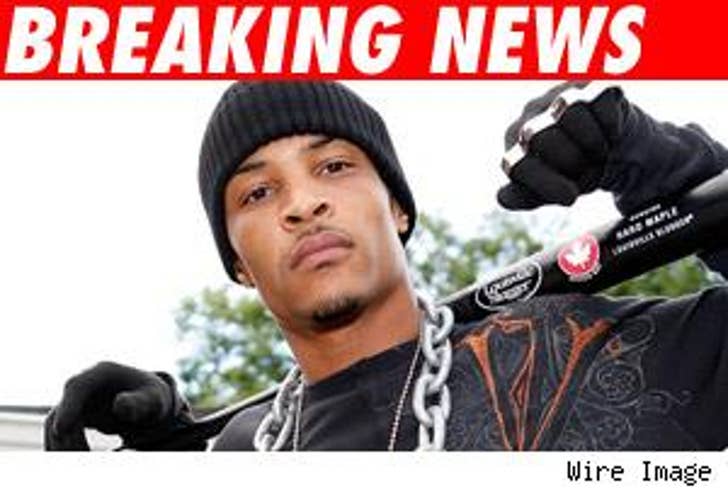 Rapper T.I., whose real name is Clifford Joseph Harris, Jr., was arrested this afternoon in Atlanta. The ATF executed a search warrant at his home, and according to Atlanta's FOX 5 News, T.I., remains in custody.

The U.S. Attorney's office will neither confirm nor deny anything about the investigation.

T.I. currently has a number of projects, including a movie with Denzel Washington set for November release, and he was slated to perform at tonight's BET Hip-Hop Awards, scheduled to air October 17. The rapper has nine nominations, more than any other artist at the event.

TMZ contacted T.I.'s rep, who had no statement at the time.