Is Internet sensation Chris Crocker starved for attention? Well, he'll never be able to get enough of that, but he looks like he might just be starving. 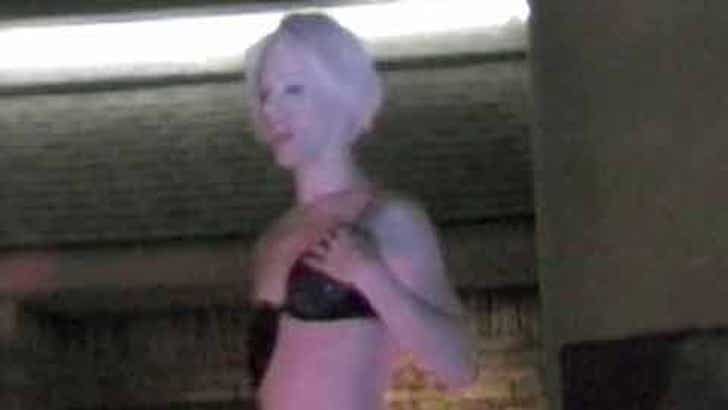 Crocker "performed" outside of Las Vegas hotspot Piranha (where Britney famously partied last January) and looking not unlike the current incarnation of Jenna Jameson, flashed the goods to an appreciative crowd, which thought they were waiting for Paris Hilton to make an appearance.

We're told there was a communication snafu, and it was Natalie Reid -- the foremost of imParisonators -- who showed up, at which point Crocker, as is his wont, lost it and threatened to "kick her ass." Fortunately for Reid, Crocker and the club, no wannabe bitchslapping ensued.