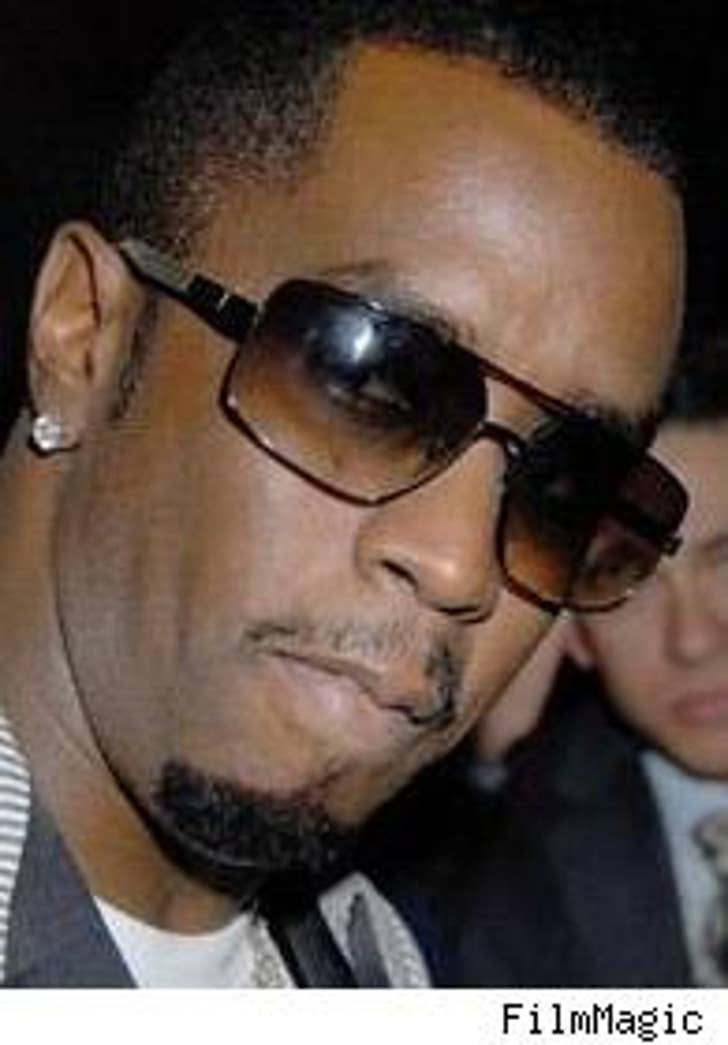 UPDATE: Diddy's lawyer Benjamin Brafman issued the following statement to TMZ. "What is being reported in the media is inaccurate. Mr. Combs is not going to be arrested today. We are hopeful that this matter will be resolved without the filing of any criminal charges as this was a disagreement among acquaintances, not a criminal assault."


Diddy could be turning himself in to authorities today after an alleged weekend fracas at a New York club -- but TMZ caught the former Puffy and his supposed combatant out at the same club last night!

The New York Daily News reports that the rapper-mogul is expected at Manhattan's First Precinct today, and the New York Post says he could be charged with third-degree assault. Last night, at Butter, Diddy and Steven Acevedo, who reportedly dated the same woman, were both inside, and no fisticuffs broke out.

There are conflicting reports as to whether a member of Diddy's entourage showed a gun and threatened to use it. Neither guy's lawyer had any comment.

When you're the top two earners in the TV biz, this is how you gift each other.

Last week, as the Huffington Post reports, Jessica Seinfeld appeared on O's show to hawk her new cookbook for kids, "Deceptively Delicious," – and naturally, it zoomed onto bestseller lists. Monday, Jerry was on Oprah to shill for his animated flick, "Bee Movie."

Michael Jackson is being sued by Prince Abdulla Al-Khalifa of Bahrain for $7 million, because the Prince claims Jacko reneged on an agreement to record two albums, produce and write a "live Broadway kind of show," and write and publish an autobiography, reports FOX News. ... Vegas Confidential reports that Wayne Newton is doing fine, after reports claimed he was having heart issues. The crooner says he'll be on "Dancing with the Stars" tonight as planned.