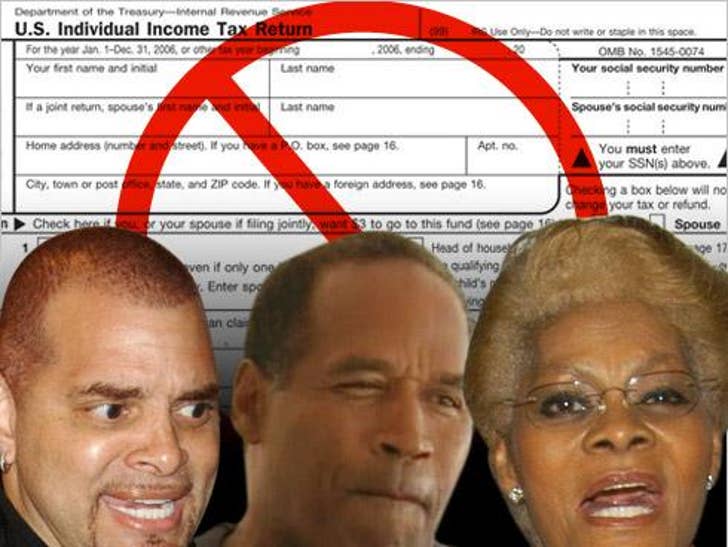 O.J. Simpson still owes California $1.4 million in back taxes, and now the state's trying to use the Internet to shame him into paying up. (Good luck!) But even so, he's hardly the biggest celeb tax cheat in Cali. 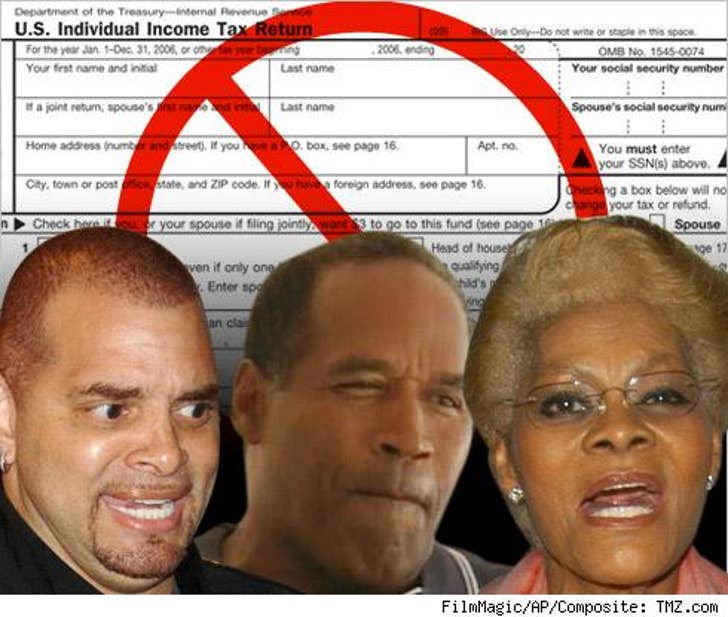 Do you know the way to Sacramento? Dionne Warwick has been dodging a $2.6 million tax bill that's been outstanding for over ten years, according to Franchise Tax Board records just posted online for everyone to see (and first reported by AP), which puts her at number 17 on the listing of the 250 worst offenders. That's what caller ID is for!

And then there's comedian Sinbad, who can't be laughing about the $2.1 million he still owes California. But without doubt, the oddest listing is for the Juice, who supposedly hasn't had any income on which he would have to pay -- and yet he still owes over $1.4 million in taxes?

Clarification from the tax authority and Simpson's lawyer was unforthcoming. And reps for Sinbad and Dionne had no comment.