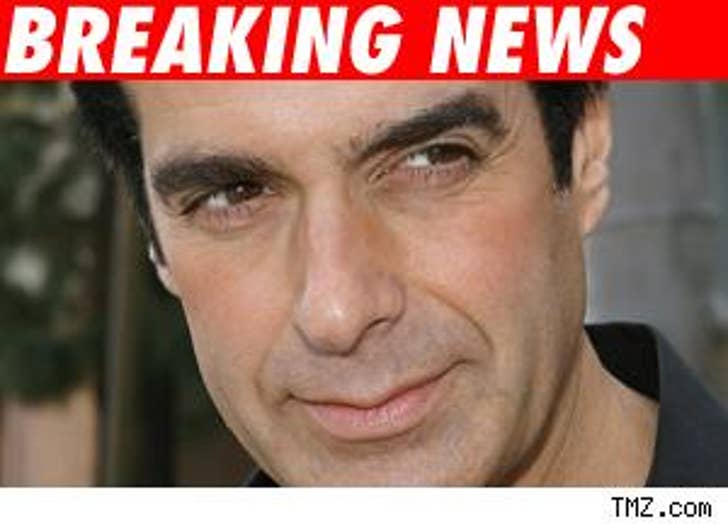 Magician David Copperfield is being investigated by the FBI.

Authorities won't comment about the investigation, but did confirm that agents raided Copperfield's personal belongings Wednesday night. We're told agents searched a warehouse in Las Vegas where Copperfield stores items for his show.

The raid reportedly stems from an ongoing case in Seattle. TMZ spoke to an FBI spokesperson who refused to comment, saying only that there was an ongoing investigation.

Eyewitness News in Vegas is reporting that 12 agents "stormed the warehouse," seizing a computer hard drive, a digital camera system and nearly $2 million in cash.

David Chesnoff, Copperfield's lawyer, told TMZ, "We understand there is an investigation, we are in touch with the investigators, and are respecting the confidentiality of the investigation." Chesnoff would not comment on the nature of the probe.