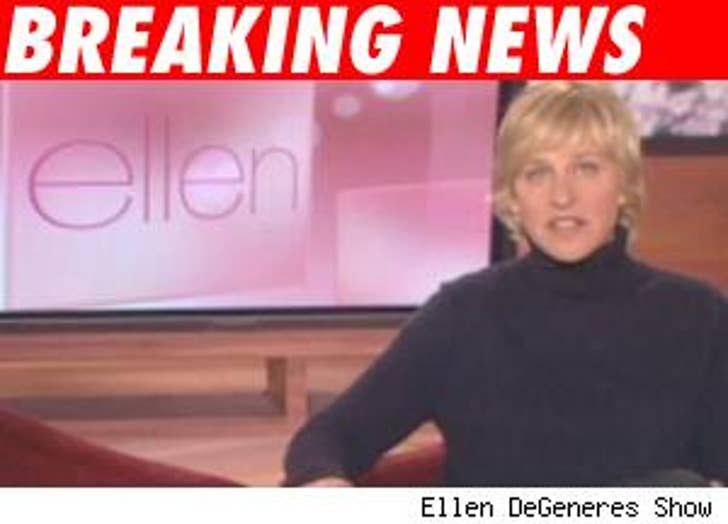 Ellen DeGeneres has canceled the taping of her show today.

This comes days after an emotional week for Ellen, who broke down in tears on Tuesday's show, as she recalled how Iggy the dog was ripped away from her hairstylist's home by a rescue organization.

The show issued this statement: "Ellen is taking a long weekend and will be back with a new show on Tuesday."

We're told that Ellen's producers asked country crooner Keith Urban -- who was previously scheduled to appear on the show -- to perform for audience members who had already arrived for the taping, not knowing it was canceled.