Sure, he's bangin' three hotties more than half his age, but Hugh Hefner has one crazazy laugh. 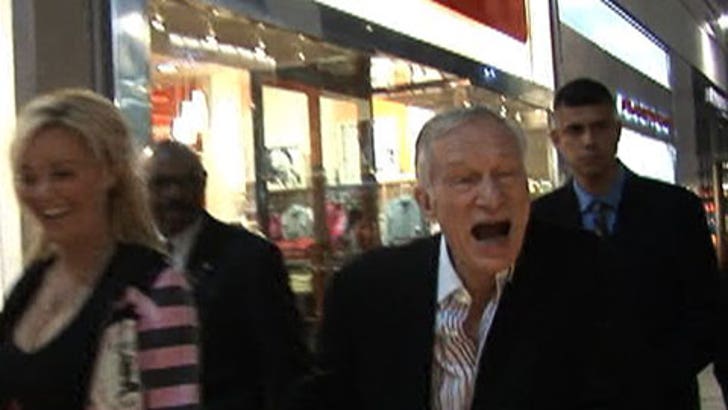 TMZ caught the master of all things Playboy leaving Bloomingdales last night -- where a Playboy menswear line was launched. Girlfriends Holly, Kendra and Bridget were in tow. TMZ's photog asked if all the girls got along; Holly said yes, Kendra called them all "f**king bitches," and Hef, well, he just let his crazy laugh fly.

Paint his face green and throw a black hat on him -- Hef's the next Wicked Witch of the West!