TMZ cameras caught the Hoff out with his daughter at the Complex Magazine Harley Davidson Party last night. But that's not the story here. 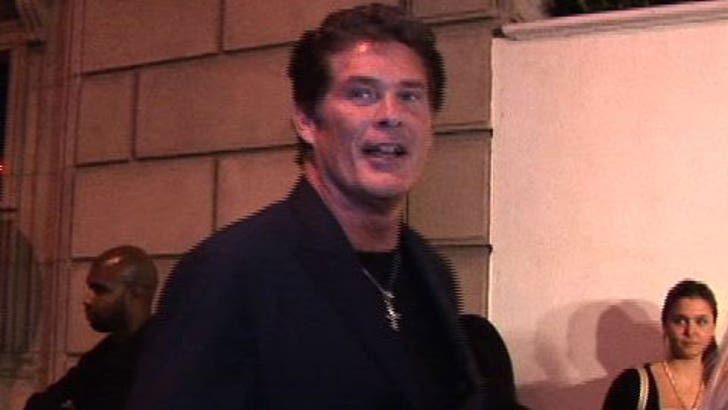 Our spies recently saw David having lunch at the Ivy with a rep from Ryan Seacrest's production team. Ryan is producing David's new show, "Tales from the Hoff," eagerly awaited by Hoff fans worldwide.

Our source overheard Hoff bragging about how many hits his drunken burger eating video got on YouTube -- over 5 million! The video was shot during a relapse -- and now he's bragging just days after another relapse? Talk about looking on the bright side!