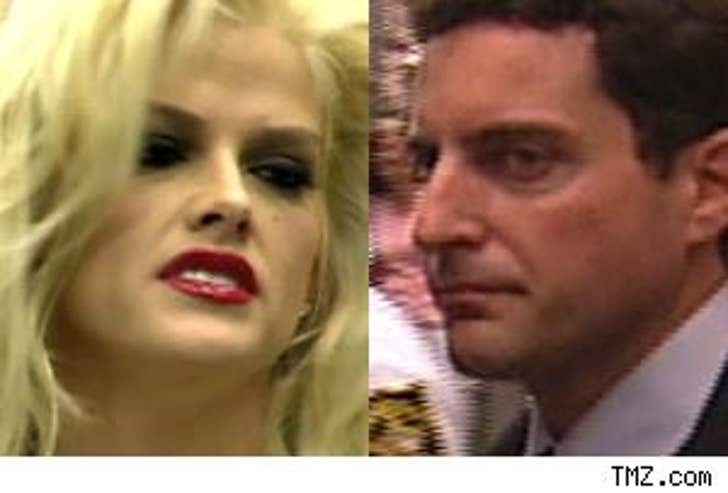 Anna Nicole named Stern, her longtime lawyer and companion, as executor of her estate in the 2001 will. Stern filed the position to clarify Anna's will -- which did not include her daughter Dannielynn, born last year.

When she drafted her will, Smith only had her son Daniel, who died three days after Dannielynn's birth. The will states that "although she did not expect to have any children in the future, if she did, she wanted them to share
equally in the trust created for Daniel ..."

Stern's petition says Anna Nicole did not update her will during the five months between Daniel's death, Dannielynn's birth and her own death on February 8. "As a matter of law, Dannielynn is a pretermitted heir," the petition states. A "pretermitted heir" is a person who likely stands to inherit under a will, but was not named in the document because the will's author did not know the heir existed (or would exist in this case) when it was written.

Baby Dannielynn, who currently lives with her father photographer Larry Birkhead, stands to inherit millions of dollars from the estate of Anna Nicole's late husband, oil billionaire J. Howard Marshall. Marshall left much of his huge estate to Anna, but his family has contested the will. A legal battle over Marshall's last wishes has been going on for years.