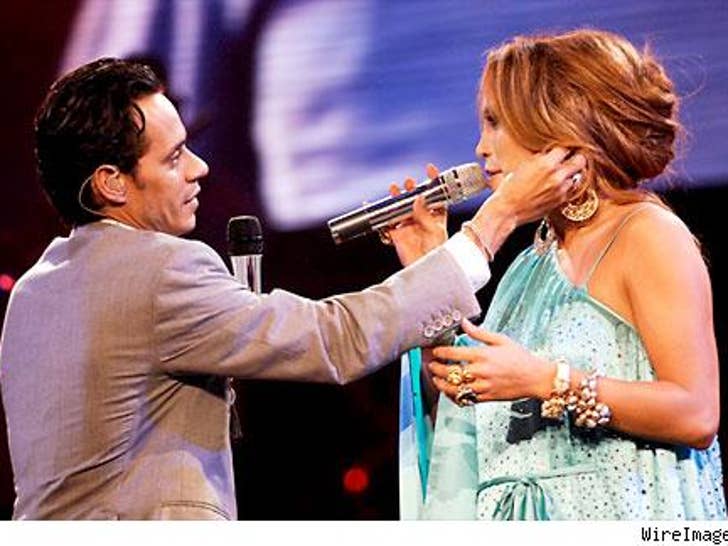 Jennifer Lopez still won't confirm she's pregnant, but her hubby has no problem singing songs about it. 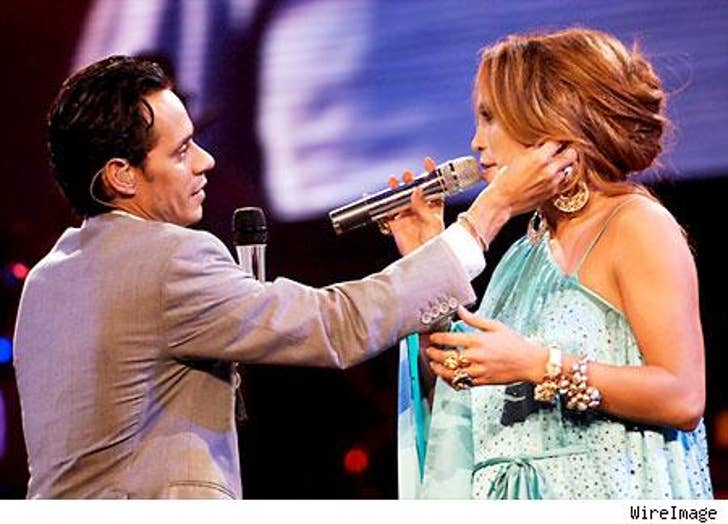 J.Lo and Mac Anthony performed at the Staples Center in Los Angeles last night. Two TMZ staffers were in attendance and reported that not only was La Lopez looking a little heavy (The Muumuu Tour!), but Marc dedicated the Journey song "Faithfully" to his wife.

Anthony cried during the song, saying it now held "special significance" to him. The line from the song that drew the loudest cheers from the crowd was, "They say that the road ain't no place to start a family." So touching. *sniff*

Perhaps they'll confirm the pregnancy once she gives birth.